Two years after its release, MechWarrior 5: Mercenaries is headed to PlayStation 5 and PlayStation 4 later this month. It’s been more than 20 years since the franchise has graced any model of Sony’s console hardware, so not only is this release big for mech fans, but it harkens an end to the long drought of MechWarrior games on PlayStation.

With this port of MechWarrior 5, all patches and changes made to the game since launch on PC in 2018 and Xbox consoles earlier this year come along for the ride. Also, the Heroes of the Inner Sphere DLC will be available for purchase on the same day. Those looking to play through the campaign’s co-op with friends will be able to share access to the DLC campaign, meaning only one person needs to slap down the price for entry while playing together. This includes those not playing on PlayStation consoles since crossplay is enabled for all platforms. 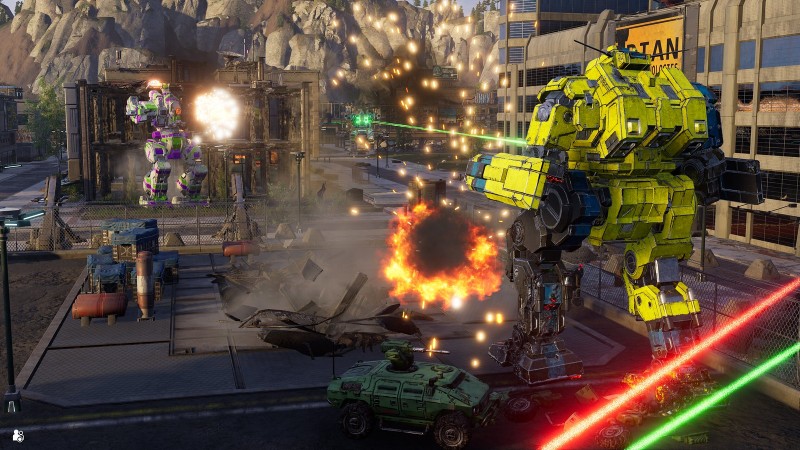 Exclusive to the PlayStation 5 version will be the inclusion of DualSense controller features, making use of the adaptive triggers and advanced haptics to really feel those massive mechs rumble. The announcement on the PlayStation blog also includes information on a big gameplay change included in this version compared to the initial release. Originally, players were locked to their chosen mech in a mission, but now you have the freedom to swap between any AI Lance BattleMechs in your squad. Giving players even more tactical options and more weapons to play with in a fight is never a bad thing!

MechWarrior 5: Mercenaries and the Heroes of the Inner Sphere DLC will be available on PlayStation 5 and PlayStation 4 on September 23. Those looking to play now can do so via Xbox Series X/S, Xbox One (on Game Pass!), and PC.

Are you looking to become a mech pilot again? Will this be your first time scouring the battlefield in a walking tank? Get in the comments, Shinji, and let us know what you think!