Amazon Games’ upcoming MMORPG New World goes into a closed beta state this week. In fact, it goes live tomorrow! If you already prepurchased the game, you are guaranteed a spot in this beta phase, which showcases a number of features that we had a chance to try out in a lengthy preview demo session. Over the course of a few hours, we played the Outpost PVP mode and had a chance to dive into an end-game dungeon called an expedition. 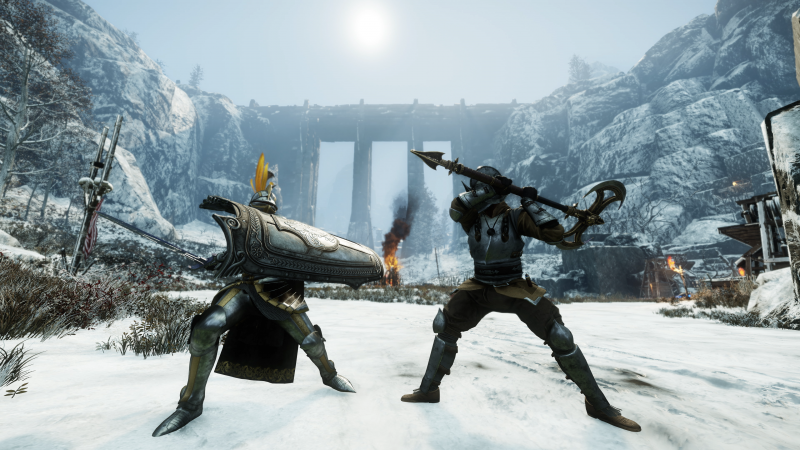 Outpost is essentially a game of Domination with some quirks. With three capture locations and two teams, one team seeks to secure the most points and accrue points until victory is achieved. Of course, it’s not quite that simple and there are some other elements in play as well during this PVP endeavor. Wildlife and resource nodes are dotted across the map, and these can be used to bolster your cap points with additional defenses. Therefore, you can’t just sit around and defend your holdings if you want to have the best shot at winning, you have to actively get out there and grab some tools to help that victory happen. There’s also a boss that spawns occasionally that incites the action to pool in one location for a big bonus – kind of like killing Roshan in Dota 2 or Baron in League of Legends.

As a heavy two-handed maul wielding berzerker type, I had no problem running into the center of combat, flattening (stunning) opponents, and generally causing a ton of disruption behind enemy lines. Even when I was just running around in the middle of a pack blocking I was wasting their time and preventing them from moving up on a cap point, so my interactions always seemed useful. The game itself seemed slowed-paced than some other MMORPG offerings like WoW battlegrounds, but that might be what you’re looking for. 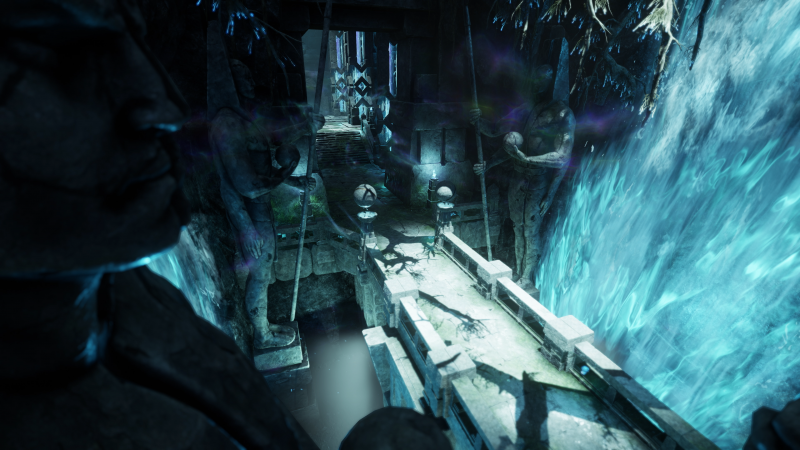 The dungeon I got to participate in consisted of a ridiculous amount of skeletons and a boss. There were more bosses to be had in the expedition, but that’s all the time we had time to get to. Given that my crew consisted of players that had never played New World before, including myself, I’m actually surprised that we got even that much done. In a few underground chambers, we tackled some light puzzles and some wave-based fare before taking on a boss that had fairly textbook MMORPG mechanics, including a buff that kept damage stacking up over time making burst damage important.  We were well equipped going in with loot that was higher gear level than what was dropping, but the purple gear that was dropping seemed fairly generous. Since I had learned how to somewhat play my heavy two-handed mace wielder in PVP, I carried that character template over to this experience, and toyed around a bit with the gemming system that allows you to fine tune your equipment to your playstyle, with perks that let you change your raw damage to elemental or get boosts on slamming into undamaged enemies.

While it’s impossible to really get a feel for how a MMORPG is going to feel from a demo session, I left eager to give things a try from the beginning with a low level character so that I can understand how things advance and play better. Starting with everything unlocked in any game can be overwhelming, so having a fully-geared character with all stat points ready to rock didn’t really give me a sense of things. We’ll see how things go as we head toward the August 31st launch date.