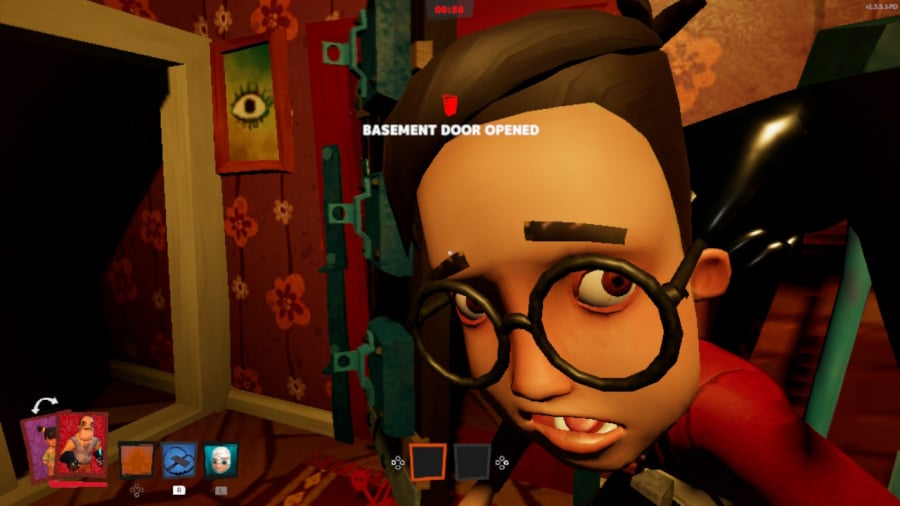 Of all the indie games released over the last decade, you’d be forgiven for thinking of stealth horror game Hello Neighbor is one of the lesser-known creations, one which was engulfed in the flood of — let’s face it — better games. Yet despite the poor critical reception, Hello Neighbor found its audience and, by extension, its success, spawning a number of additional titles and even an animated series.

Secret Neighbor is a spin-off multiplayer title in which a number of children must infiltrate the sinister Mr. Peterson’s house in order to rescue one of their own from the basement. The catch? One of the children is secretly the Neighbor in disguise, who must do everything in his power to deter the children from their goal and ultimately capture the lot of them.

The core gameplay remains the same as its predecessor: taking place within a first-person perspective, you’re encouraged to explore every nook and cranny of the dark, dank house, which means the controls will need to be as smooth as possible. By default, movement can be pretty clunky, with super slow sensitivity that you’ll want to crank up significantly in the settings (whilst also inverting the Y-axis, because that’s the correct way to play any first-person game; fight me!). There’s also a ton of motion blur, which thankfully you can turn down, or switch off completely, because wow, it’s incredibly distracting in its default setting. 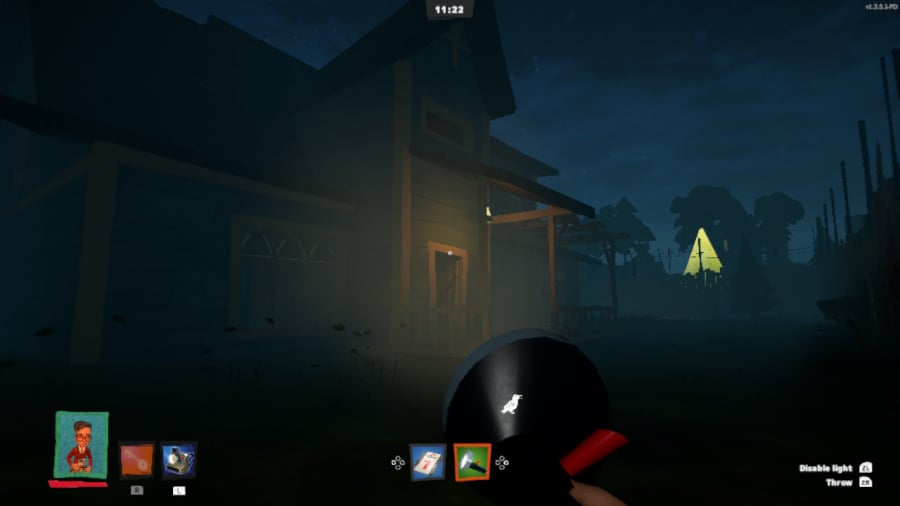 Playing as a kid or the Neighbor himself is completely random when matchmaking. You can choose which kid to play as out of a small selection of different characters, but we often saw people choosing the same character type. We suspect this may be a tactical choice, to enable the Neighbor to blend in more with the crowd, but it’s difficult to confirm this for certain. On a positive note, however, matchmaking is pretty much instantaneous, with very minimal wait times, at least if you opt for the default game mode.

When you load into a match, the game will tell you whether you’re playing as a kid or the dastardly Neighbor, with some basic instructions on what to do during the game. We’ll be the first to admit this, but when we started playing as a kid, we didn’t have a clue what we needed to do. After some trial-and-error and a bit of luck finding the right items, the aim of the game slowly began to sink in. What didn’t help, however, is that if you’re matchmaking with strangers, don’t be surprised if some of them simply refuse to play nice. We’ve lost count of the number of times we witnessed the entire group of players just meandering around the house entrance, chucking boxes at each other whilst yelling “neighbor, neighbor!”. Kids, eh? 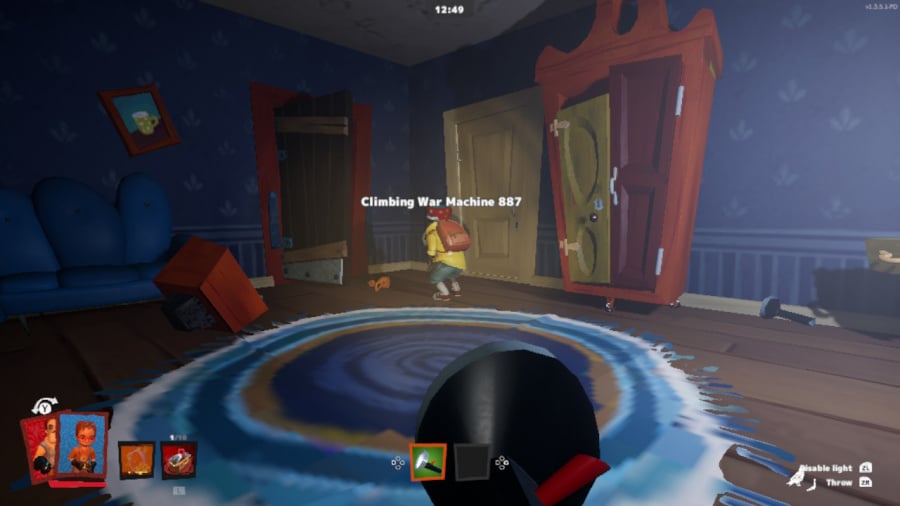 Navigating the house and locating the relevant keys to expand your search is fun for a short while, but quickly loses its charm thanks to the aforementioned janky controls (even with the sensitivity increased) and bland environmental design. Much of the house is shrouded in darkness, so you have a torch to keep you company, but you can swap this out for different items as you progress through the various rooms. The problem is that there just isn’t anything interesting to look for bar the crucial keys. You can search through all the drawers and cupboards, but it feels incredibly tedious after just a few short rounds.

Playing as the Neighbor, on the other hand, is infinitely more fun and rewarding, albeit completely unbalanced. You start off in the guise of one of the kids, matching up with whichever character design you choose in the main menu. Now, if you wish, you can simply switch over to the Neighbor immediately and chase your opponents around the house until you catch them all (which is also tedious, and not very difficult), or you can play it cool, act the part for a while, and catch the kids while they’re isolated and off guard.

It’s a neat concept and can be fun, at least until you realise just how easy it is to win matches when playing as the Neighbor. The game is simply too unbalanced; if your disguise is uncovered by the kids, it really doesn’t matter. Sure, you’ll have a few items chucked at you, but ultimately, the Neighbor is too powerful to stop, and the only hope the kids have of reaching victory is by avoiding the Neighbor entirely and working together (a near impossibility if you’re matchmaking with strangers).

As for any sort of longevity or real enjoyment, this almost entirely hinges on whether you’re able to play with friends. The game loses its appeal all too quickly thanks to its dodgy controls and a tendency for matches to descend into chaos thanks to, well, kids. If you’re able to find like-minded people who will actually commit to playing the game ‘properly’, then you might have a modicum of fun with this one, but you’re still stuck with janky controls and uninspiring design. Overall, for the sake of your sanity, we’d probably give this a miss.

Secret Neighbor is, in theory, a meaningful and intriguing spin-off from Hello Neighbor, introducing multiplayer elements that really should work quite well. In practice, however, the game suffers from poor controls, unremarkable environmental design, and quite frankly, its own player base. Matches turn into insufferable spectacles of chaos, and even when players commit to the game’s rules, it’s still completely unbalanced, favouring the incredibly powerful Neighbor each and every time. Even if you’re a fan of asymmetric multiplayer games, you’re better off skipping this one.