Throughout 2022, mortgage rates have more than doubled, sending affordability and demand in the housing market down sharply. With lower demand, lower prices often follow, which is why we’re in the midst of a housing market correction. I believe this correction has been caused primarily by rapidly rising mortgage rates and will last for as long as rates keep rising. The question, then, is, what will happen to mortgage rates next year?

However, many prominent forecasters are calling for mortgage rates to drop in 2023. The Mortgage Bankers Association expects rates to end in 2023 at around 5.4%. Economist Mark Zandi expects rates to fall modestly to 6.5%. Rick Sharga of ATTOM data sees rates peaking around 8%, then falling to below 6% by the end of 2023. Logan Motashami thinks it’s feasible that mortgage rates will come down next year.

What’s that all about? If the Fed has told us they’re raising rates, and there is all this economic uncertainty, how could rates fall? I know this seems crazy, but this forecast has economic logic, so we should look into it.

The 10-year yield and mortgage rates move in lockstep because of how banks make money and manage their risk/reward profile. Imagine you’re a bank with billions of dollars to loan out. Every day you have to evaluate who to loan your money to, how risky each potential loan is, and what profit (interest rate) you need to earn in order to compensate for the risk. The interest rate on a loan goes up according to how risky the lender deems the loan.

Right now, the yield you earn on a 10-year Treasury security is about 4%. So a bank can earn 4% interest with pretty much no risk. But banks want to earn more than 4%, so they make loans to businesses and individuals, often in the form of mortgages, in addition to buying treasuries and lending to the U.S. government.

Mortgages are not particularly risky in the grand scheme of things, but any person taking out a mortgage is still less creditworthy than the U.S. government. So, if the bank is going to lend money for a mortgage, they are taking on more risk than they would if they instead lent that money to the U.S. government. To compensate for that increased risk, the bank is going to charge you a higher interest rate. Typically, banks charge about 170 basis points (a basis point equals 0.01, so 170 basis points equals 1.7%) over the yield on the 10-year Treasury bond for a 30-year fixed-rate mortgage.

How Could Mortgage Rates Fall in 2023?

There are two theories:

First, bond yields could fall and take mortgage rates down with them. Many economists are predicting a global recession in 2023. During a recession, investors tend to look for low-risk investments, and as we’ve discussed, the lowest-risk investment in the world is a U.S. Treasury bill. This surge of demand for U.S. Treasuries could drive up the price of bonds (more demand equals higher prices), which drives down yields because bond prices and yields are inversely related.

So the main reason mortgage rates could fall in 2023 is because we could enter a global recession, raising demand for U.S. Treasuries, which sends bond yields and mortgage rates down.

The spread tends to increase when there is a lot of economic uncertainty. Just check out the graph below. Since 2000, the spread has gone significantly above 200 basis points just three times: the Great Recession, the beginning of the pandemic, and now. The current spread is the highest it’s been since 1986.

We’re still in an uncertain period, but over the course of 2023, things could become more clear (let’s hope). If inflation starts to come down and the Fed pauses or even reverses its rate hikes, I would expect the spread between the 10-year yield and mortgage rates to normalize a bit, which could bring down mortgage rates, even if yields stay high.

Of course, we don’t know exactly what will happen, but it’s important to understand that there is a reasonable scenario where mortgage rates fall in 2023.

Nadia Evangelou, the Senior Economist and Director of Real Estate Research for the National Association of Realtors, summarized the situation well when she said there are three likely scenarios in 2023. “In scenario #1, inflation continues to remain high, forcing the Fed to raise interest rates repeatedly. That means mortgage rates will keep climbing, possibly near 8.5 percent. In scenario #2, the consumer price index responds more to the Fed’s rate hikes, and there is a gradual deceleration of inflation, causing mortgage rates to stabilize near 7 percent to 7.5 percent for 2023. In scenario #3, the Fed raises rates repeatedly to curb inflation and the economy falls into a recession. This could cause rates to likely drop to 5 percent.”

This makes sense to me. It means we’re just going to have to see what happens with inflation to know which way mortgage rates (and potentially housing prices) will head next year.

Do any of these scenarios make sense to you? What do you think is the most likely outcome in 2023? Let me know in the comments below!

Here's How To Use New Child-Friendly Features - Gizbot News 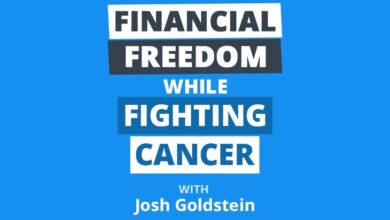 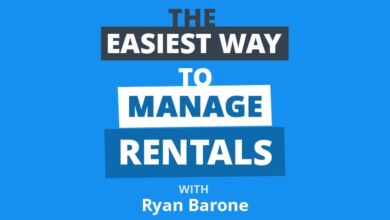 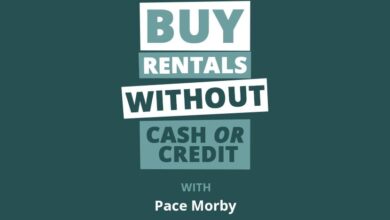 Creative Financing 101 with No Cash, Credit, or Credentials 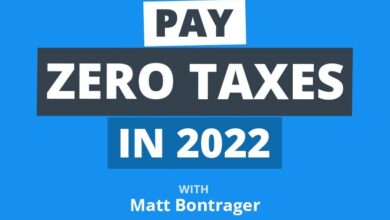