Cardi B isn’t clowning around.

“I literally payed this woman homage so many times cause I grew up listening to her,” she tweeted on Oct. 23, along with an article where she refers to the “Material Girl” singer as her “idol.” “She can make her point without putting clown emojis and getting slick out the mouth ..These icons really become disappointments once u make it in the industry that’s why I keep to myself.”

The drama began on Oct. 22 when Madonna, 64, marked the 30th anniversary of her controversial coffee table book on her Instagram Stories.

“In addition to photos of me naked, there were photos of men kissing men, woman kissing woman, and me kissing everyone,” she wrote. “I also wrote about my sexual fantasies and shared my point of view about sexuality in an ironic way. I spent the next few years being interviewed by narrow minded people who tried to shame me for empowering myself as a woman. I was called a whore, a witch, a heretic and the devil.” 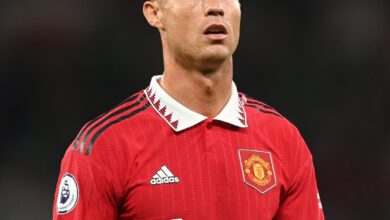