Save more, spend smarter, and make your money go further

Non-fungible tokens (NFTs) are the wild west of digital currency. There’s plenty of money to be made – and plenty of ways to lose it. Knowing the difference between the two isn’t always obvious.

One thing to look out for when investing in NFTs or other forms of digital currency is the possibility of getting scammed. We’ll go over some of the most common scams in this article, so you can invest safely.

There are many NFT-related scams that investors should beware of. Here are the most common types of scams and how to spot them.

One of the most common NFT scams is falling for a giveaway where you enter you for a chance to win a free NFT. All you have to do to enter is send a small amount of cryptocurrency.

Of course, there is no NFT to win, and there’s also no way to recoup the crypto you’ve sent. This scam is one of the easiest to avoid. If there’s a legitimate giveaway, you shouldn’t have to pay to enter.

It’s easy for someone to mint an NFT and create a false high value so that a buyer winds up paying for something that has little or no intrinsic value.

Here’s how that might work. Let’s say an artist has created an NFT that no one has bid on. They open a new account and bid $5,000 on that NFT and purchase it. Then, they will share on social media that their NFT has sold for $5,000, without disclosing that they actually bought the NFT themselves.

A few days later, they will relist the NFT for $6,000. It may end up selling for that price or even higher because people can see that it has been purchased before for $5,000. But that NFT has no real value because there is no real demand for it.

A rug pull is when a creator or group of creators will start raising money for an NFT project. They may appear to have some official backing behind them, or they just may seem to offer impressive benefits.

People start to join and pay their money, but then at some point, the creator disappears with no trace. The funds are then disbursed to a different wallet or multiple wallets, where it becomes impossible to trace. Now, your money is gone and you have nothing to show for it.

This is known as a rug pull, which is one of the most common NFT scams. Even if you’re a savvy investor, it can be hard to avoid a rug pull because you don’t know if the person intends to deliver on their promise.

In 2021, NBA player De’Aaron Fox created an NFT project where the funds would be partially used to fund scholarships and other community-building ventures. In exchange, donors would get a signed jersey, be able to join a special chat room with Fox and more. Depending on the amount of money contributed, you could even get in-person or virtual meetings with Fox.

At first, the project seemed legitimate and promising. But a few months later, Fox announced that he had to halt the project because he didn’t have enough time to focus on it during the NBA season. The funds he had collected were worth about $1.5 million. They were drained from the main account a short while later.

Even though Fox is a real celebrity with credentials, that didn’t stop him from taking money from thousands of people.

Phishing scams have been around since the invention of the internet, and they’re a popular way to steal money with NFTs. They involve a scammer creating a near-identical version of a legitimate website or project and then stealing money without actually transferring any value or product.

Before you buy an NFT, verify that the website or page is legitimate. Do a separate Google search and make sure the URLs are the same. Don’t sign into an account from an email you received. Instead, go to that company’s direct URL and sign in from there.

What Else to Know about Investing in NFTs

When you’re investing money in an NFT, the most important thing to remember is not to spend more money than you can afford to lose. That way if you fall prey to a scam, you won’t get screwed. This principle also applies if the legitimate NFT you purchase loses value and you wind up selling it for a loss.

A good rule of thumb is to invest less than 5% of your portfolio in speculative investments, like cryptocurrencies and NFTs.

Go over how much you’re currently investing in these risky choices and figure out what percentage that is of your current portfolio. If it’s more than 5%, you may want to consider scaling back.

Also, you should never put money in an NFT that is earmarked for a short-term goal like buying a house, paying for a wedding or going on vacation. Investing in NFTs should be like fun money. If you make money, great. If you don’t, then it’s not a big deal. Buying an NFT is like buying a lottery ticket or betting on your favorite sports team – it’s a gamble, not a sure thing.

Even legitimate NFTs can lose value, just like other types of investments. That doesn’t mean they’re a scam, it just means that it’s impossible to predict where NFT values will go.

Remember, NFTs are incredibly new. Avoid listening to so-called experts who make bold predictions about which NFTs will become valuable. Like any kind of investing, there are no guaranteed wins.

Save more, spend smarter, and make your money go further

Zina Kumok is a freelance writer specializing in personal finance. A former reporter, she has covered murder trials, the Final Four and everything in between. She has been featured in Lifehacker, DailyWorth and Time. Read about how she paid off $28,000 worth of student loans in three years at Conscious Coins. More from Zina Kumok So You Want To Buy A NFT – What To Consider What Are The Hidden Fees of Crypto/NFTs?

How To Invest In The Metaverse Mint $50K Giveaway — Our BIGGEST one yet! How to Spot and Avoid the Most Common Travel Scams 5 New Scams You Need to Know About Now 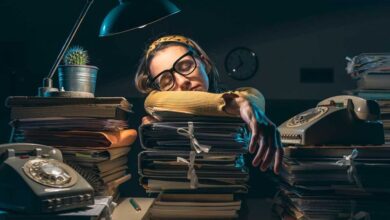 How Many Hours a Week Is Considered Part Time? 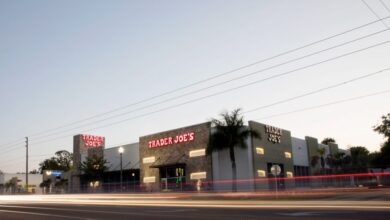 What to Buy at Trader Joe’s? We’ve Got 11 Favorites 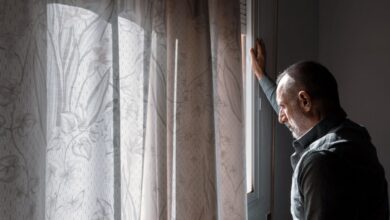 Should My Gravely Ill Brother-in-Law Pay for Ruining Our Home? 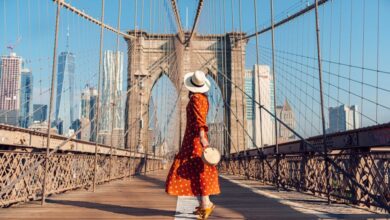 20 Free Things to Do in NYC on Your Next Vacation