Back in 2013, when I had just upgraded to the Samsung Galaxy S4, I couldn’t wait to take it for a spin and use it as my primary device. I still remember needing to hook up my Galaxy S3 to the computer, back up all of the data that was stored both on the phone and on the SD card (as a safety precaution), and then transfer it over to the new device. It was such a hassle, and it could sometimes take an entire day, especially when the transfer would bug out and require a restart. Moving from an old phone to a new one has been streamlined and made accessible in recent years, and here we’ll discuss how the technology of switching devices and transferring data has evolved over time.

Of course, let’s not forget there were simple ways to move content from one device to another, but it often required root access. There were apps like Titanium Backup that made the entire process easy and seamless, and it had a huge fan base. I always felt left out, but I had much less knowledge about smartphones and didn’t want to risk bricking my only device back then.

Google announced and listed its Switch to Android application on the App Store, which will soon be available to all Pixel devices. Given the name, it will likely be available to all devices in the future, and it will not be limited to Google’s own Pixel smartphones. The new transfer app will allow users to scan the QR code on the iPhones, which will enable users to wirelessly transfer calendars, contacts, photos, videos, and music to the new device.

As a technology enthusiast, I often try out multiple phones in a single year, and I frequently move from Android to Android, and every once in a while, to an iPhone. Last year, I tried the iPhone 11 and the iPhone 12, and the Move to iOS app by Apple made the entire process painless. Transferring 80GB of data from my Pixel 4 XL took about an hour, and it shared all of the images, contacts, passwords, videos, and even the majority of my apps that it could find on the App Store.

Most manufacturers built an app that allows users to transfer all of the content from their old device to their new shiny toy. Samsung has the Smart Switch app, Google just unveiled the Switch to Android app that will initially only work with Pixel devices, but soon support other smartphones, OnePlus has the Clone Phone app, OPPO uses a similar Clone Phone app, HUAWEI likewise uses a Phone Clone app and so on. All OEMs made a dedicated app to make the switching process easy and as seamless as possible, and as a result, moving from one device to another takes anywhere from a few minutes to a few hours.

Cloud services also helped make the process more organized. If you use Google Photos and Spotify, your photos will automatically back up in the cloud, and you can access your cat pictures and videos anywhere. If you’re a Spotify user (or any other music streaming service for that matter), you can simply download your entire playlist and library to the new device. It will only be a cache of the songs, making it available to listen to even without an internet connection. Contacts, call history, messages, passwords, device settings, and app lists can be backed up to Google Drive, or Google One on Android, while Apple uses iCloud to save and sync content.

There aren’t many disadvantages of using such apps to transfer data, but some of the downsides mainly come down to platforms trying to keep you on their side. Purchases made on the Apple App Store will not transfer over to Android and Google’s Play Store, and they’ll have to be purchased again, which could end up as a pricey alternative for those who bought a lot of apps on one platform. Content that is bought from Apple’s own services may not be available on Android, since the books, movies, and music might only be accessible via Apple services and apps. This is also true for some content that is purchased from the Google Play Store. The best thing you can do is choose a different platform for those purchases, so the content would be available on all operating systems where you’d want to consume them.

Switch from Android to iPhone, and vice versa, with these excellent smartphones

The Google Pixel 6 is the more compact and affordable variant from the new flagship series. It features most of the same features, and it comes with the same primary and ultrawide camera as the Pixel 6 Pro.

The Pixel 6 Pro is the more premium Pixel flagship. It has a 50MP main camera, a telephoto with 4x optical zoom, and a useful ultrawide sensor. It supports 120Hz and both the Pixel 6 and Pro come with 5 years of support by Google.

The iPhone 13 mini is a smaller version of the standard iPhone 13. It comes with the same powerful chipset, excellent dual camera on the back, and it has a much improved battery life over the iPhone 12 mini.

The iPhone 13 is the default smartphone from Apple for 2021. If you’re looking for an experience that remains fast and fluid over years to come and not lacking on any hardware front, this is the device to get.

If you’re looking for a device that ticks all the boxes and has an excellent battery life, high-refresh-rate display, and it can capture breathtaking photos, this is the best iPhone that money can buy.

What is Two-Factor Authentication? 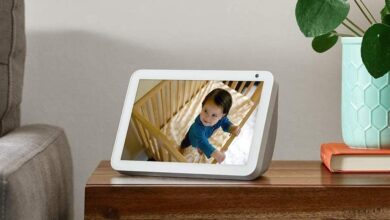