What Is A Decade? Facts And Figures

As per human nature at the end of a decade or the beginning of a new one, we tend to reflect on the decade that has passed by us and also on the new one that awaits us. 10 years’ challenges are all over our social media along with the best of the decade captions. While others are gearing up to celebrate the end of the decade.

A decade is equivalent to a period of 10 years. The word “decade” comes from a Greek word dekas (δεκάς) which means a group of ten.

This word after its origination was transmitted through the Romans, where they commonly used the word’s prefix dec- in order to describe the collections of up to10 items, for instance, a decathlon, athletic challenges collection of 10, or a decagon, a polygon with 10 sides. Other divisions of time that are also derived from Latin include the word century referring to a period of 100 years and the millennium which is equivalent to a period of 1000 years.

Generally speaking, any group constituting a total of 10 years is on its own a decade. The word “decade” is usually used in order to refer to the periods of time that are based on the tens of the calendar year. So, for instance, the 1980s means the decade of time between the years 1980 to1989.

The question about how long is a decade or when exactly a decade ends tend to come up every time of the year as the calendar makes a shift from ending on digit 9 to the digit 0.

When Does A Decade End?

So, when you hear the question a decade is how long or when does it end and you are unable to get a consistent answer. Well, that is just because the answer to it varies and depends on who you ask this from.

According to the US Naval Observatory, as well as the agency that looks after the country’s master clock, a decade ends when the new millennia years would begin.  Whereas as per the astronomical dating system, the observatory states that the new millennium might begin on January 1, 2021.

In 525, a monk named Dionysius Exiguus stepped on a journey out to find out the date of Easter where he ended up creating a system of labeling the years based on the date when he thought Jesus Christ was born. But he had not made an account of the years before the birth of Jesus.

That was determined in 731 by another monk named Venerable Bede. He calculated the years before the birth of Christ and laid the foundation of the BC era, but Bede did not include a year zero and this indicates that the year before 1 AD was 1 BC.

Because there’s no year zero in the calendar, the first year was completed by the end of year 1 and, not at the beginning of the year.

Even after being presented with technicalities, as a society, we still seem to have collectively established that decades end with the summation of a total of 10 years.

In the end, it comes down to how we tend to discuss time spans but when it comes to a decade the time and the date are just flexible factors.

What Is The Significance Of All This?

Astronomically, there is none as the year numbers only signify the amount of times the Earth has completed a full revolution around the sun.

While others indicate that the system upon which our calendar is grounded is infiltrated with inaccuracies as well as inconsistencies, which makes the entire discussion unpredictable.

Time and Date suggest that the question about how long a decade is, is only relevant to the Gregorian calendar. Despite it being the calendar that the majority of the Western countries use, there are other calendars as well that utilize an entirely different year number, such as Jewish calendar, Islamic calendar, and Hindu calendar.

So, even when the Gregorian calendar is the system that is officially used around the world, year counting is nothing more than just some randomized fabrication, which ultimately signifies the ideas as well as the religious fervor of a monk from the 6th century.

When Does the New Decade Start?

We are almost half way through the year 2020 and with that, the beginning of a new decade. After knowing about that how long is a decade or what is the meaning of decade, most people who find it a bit confusing will get the right concept. As you know that a century is 100 years a decade is 1/100 part of a century.

Decades tend to traditionally symbolize a sort of a rebirth, like a clean slate where people have the chance to start over again. Signifying a decade as a unique period of time that fractionates our experience has presented the concept of a decade with a somewhat symbolic meaning. In some ways, a decade is a historical unit of time, and history is at times divided into occurrences that took place in their specific decades.

So there it is we conclude this by saying that time is just an illusion that has been created through the limitations of our abilities. 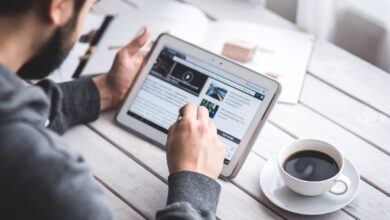 Ask The Reader: What Is Your Bounce Rate? 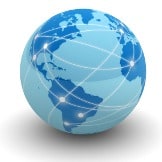