My boyfriend’s mother passed away in April 2022. In 2000, she refinanced her deceased mother’s brownstone. She had her name and her two adult sons’ names on the deed. At some point, the house went into pre-foreclosure. She refinanced again, but this time, she had to remove her sons’ names from the deed.

In 2022, his mom was in and out of the hospital. At one point, she was released from the hospital and doing well. I created a list of financial questions my boyfriend needed to ask his mother while she was in recovery. I was unaware of the above information regarding the deed at the time.

Later on, I realized he hadn’t approached his mother about her finances. It’s been eight months since his mother’s passing, and the mortgage lender has proceeded with foreclosure. He signed an agreement with the lender saying he will refinance the home. He has worked in construction on occasion but has no pay stubs to show. He asked me to refinance the home in my name and connected me to a lender.

The monthly mortgage would be $5,000. He doesn’t make enough to pay for the electricity bill, water, etc. I do not make that much. The lender was saying that I have a great credit score, which made my boyfriend happy. I decided not to sign off on any paperwork and told my boyfriend that I don’t make that kind of money.

Although I have my own apartment, I’ve been staying with him from the time leading up to his mother’s passing. I recently found out my landlord will not renew my lease. At the same time, I got a job offer that will be three hours from where I live. I had a conversation with him last week about us finding an apartment upstate and having a fresh start elsewhere. He refused to hear me and became upset, saying that I am going to make him homeless because I won’t refinance his home.

I asked him whether there are other options. He said the options are to refinance or sell, and he has made it clear since the beginning that he will not sell the home under any circumstance. Prior to all of this, when I found out his name was no longer on the deed, I researched a probate lawyer for him and made a partial payment for the retainer fee. He agreed to pay the other half but has yet to do so.

Although my boyfriend has not contacted me since then, I feel I made the right choice. To what extent could I have been financially ruined?

When you take out a mortgage you can’t make payments on, the bank eventually forecloses on the home. A foreclosure judgment stays on your credit report for seven years. During that time, you face an uphill battle whenever you need financing or want to rent a home. Because a foreclosure often tanks your credit score by 100 points or more, you’ll often have to pay a security deposit for things like utility bills that are typically waived for those with healthy credit.

Got a Burning Money Question?

Get practical advice for your money challenges from Robin Hartill, a Certified Financial Planner and the voice of Dear Penny.

DISCLAIMER: Select questions will appear in The Penny Hoarder’s “Dear Penny” column. We are unable to answer every letter. We reserve the right to edit and publish your questions. But don’t worry — your identity will remain anonymous. Dear Penny columns are for general informational purposes only, but we promise to provide sound advice based on our own research and insights.

Thank You for your question!

While we can’t publish every question we receive, we appreciate you sharing your question with us.

The Penny Hoarder’s Robin Hartill is a Certified Financial Planner and the voice of Dear Penny.

But none of these things are going to happen to you. That’s because you trusted your gut, not your boyfriend or a sketchy lender pressuring you to take on a $5,000-a-month mortgage you know you can’t afford.

I’m assuming your boyfriend has been staying in the brownstone since the time of his mother’s death. Ignore his whining about how your decision will leave him homeless. He needs to take responsibility for building his credit and work history. It’s unfortunate that he’ll have to move, but that’s not your problem — especially now that it sounds like this relationship is over.

Had you refinanced a mortgage in your name that you couldn’t afford, you’d both ultimately wind up without a place to live. You’d simply be putting off the inevitable.

Since you have a new job offer, this sounds like the perfect time for a fresh start. If you have the credit and income to get approved for a $5,000 monthly mortgage, you shouldn’t have a problem renting a new place upstate on your own.

Putting your name on any financial document can have lasting consequences. If you’re ever faced with signing a mortgage or any other financing contract with a partner, make sure you’re doing so because you want to build a life together, not because you’re being pressured.

The Agony of Anxious Attachment and How to Attract Better Relationships 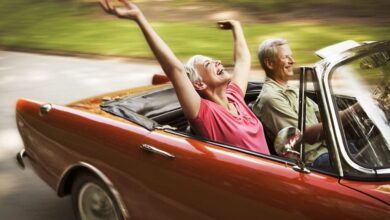 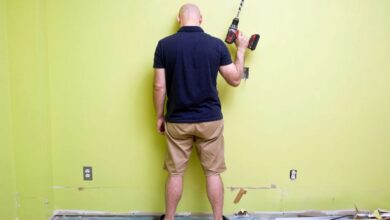 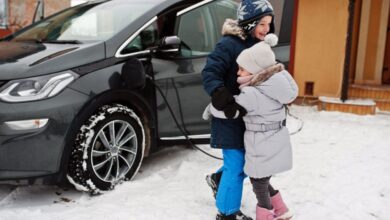 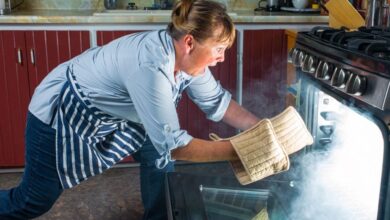