What do you remember most fondly when you look back on your favorite holidays? It usually involves some yearly tradition, whatever it is. It is doing the same stuff year after year and comparing how much you and your family have evolved and changed in the 364 days between, which really hits the nostalgic chord of the season. And though the holidays will surely look different due to the COVID-19 pandemic this year. There are still enough opportunities to make sure that there are joy and fun in the time between Thanksgiving and Christmas. Read below all about – Christmas Traditions.

Many of the Christmas rituals that exist today were born before the birth of Christ, centuries earlier. From the Mesopotamians’ time, the present-day rituals of sharing presents, bonfires, carnivals, songs of carolers echoing through the cities, huge feasts, and much more have all originated. When the Mesopotamians began the celebration of the New Year, several of these rituals began. Here are some of the customs and traditions of the Christmas day celebration

Trees have been worshipped in many ancient civilizations, and trees have also been taken to homes and painted in the hope of improved crop growth in the coming year. The Christmas tree of modern times was born around the 8th century when St. Boniface converted the German tribes. The tribe worshipped the oak tree, and St. Boniface cut a huge tree. A fir tree grew in its place, and Christians have since been decorating the evergreen tree to celebrate Christmas.

The term charity should describe all acts that support those who deserve help, such as poor people or food-free people. One of the year’s most generous times is the “holiday season” (Thanksgiving and Christmas). For example, some people can volunteer to make food at a homeless shelter. Others may donate presents to children of low-income families.

In general, the holiday season is a time to support people because you can see things like “keep the spirit alive throughout the year.” The concept is that we can help others during the year and not just at the end of the year for a month.

Several businesses may hold a holiday party or an end of the year party in December for their workers. They do not use the term “Christmas” to make the holiday secular. This leaves the party open (open) to all people, no matter their religious values.

Employees can also take their spouse to the holiday party or dinner (husband, wife, partner, boyfriend, or girlfriend).

They typically have a big, special meal when families get together for Christmas. Many households still have special plates, forks, knives, and spoons that they only use for Christmas or other special events. And if there are popular holiday recipes, one family may eat foods each year, whilst the next-door family may eat something completely different.

A Christmas tree is perhaps the most common decoration, and most families who celebrate Christmas have one in their home. Some people from big tree lots buy their trees, and others go to Christmas tree farms and choose a tree to cut down.

Ornaments are considered the most common tree decorations. These have a little hook that helps you to hang them on the branches of the tree. Ornaments hold special significance in some families. For example, if anyone went on a special trip this year, they might purchase an airplane ornament to remember the year.

Another famous Christmas decoration is Christmas stockings. Stockings are large and long socks which are often hanged near the fireplace by people (if the house has one). The theory is that Santa Claus will come down the chimney and leave the children’s toys and treats in the stockings, but only if they were healthy!

At any point during the Christmas season, many religious families go to mass. The event is called a mass for Catholic families, and there are always midnight masses on Christmas Eve or other days near Christmas. 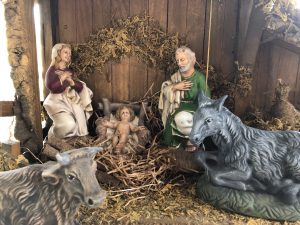 Special occasions often exist in Protestant churches; they are usually only called worship services. You commonly sing hymns (which are religious Christmas songs) at a church service, and the readings are related to the story of the birth of Jesus.

Santa Claus is a mythical man who gives gifts to good boys and girls on Christmas Eve (also named Saint Nicholas, Saint Nick, or several other related names). The custom has many variations, but most people commonly say he rides on a sleigh pulled by reindeer.

He stops at each house as he travels across the world and goes down the chimney, leaving surprises in the children’s stockings. Many families even leave Santa’s cookies out because he is meant to be going around the world hungry. NORAD, part of the U.S. military, has a “Santa Tracker” online for kids to know where Santa is during December.

Covid: Flights shut down as the EU addresses the possibility of a UK virus 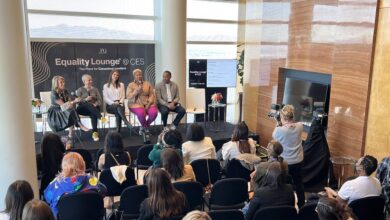 Shelley Zalis of The Female Quotient on the ‘Equality Lounge’ 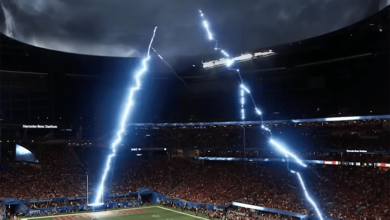 From an AI ‘Oracle’ to Holographic Projections 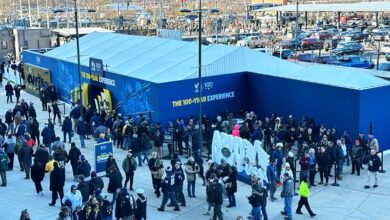 USAA Activates a Museum-like Timeline at the Army-Navy Game 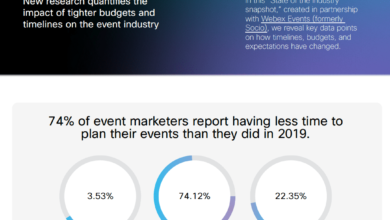 State of the industry snapshot