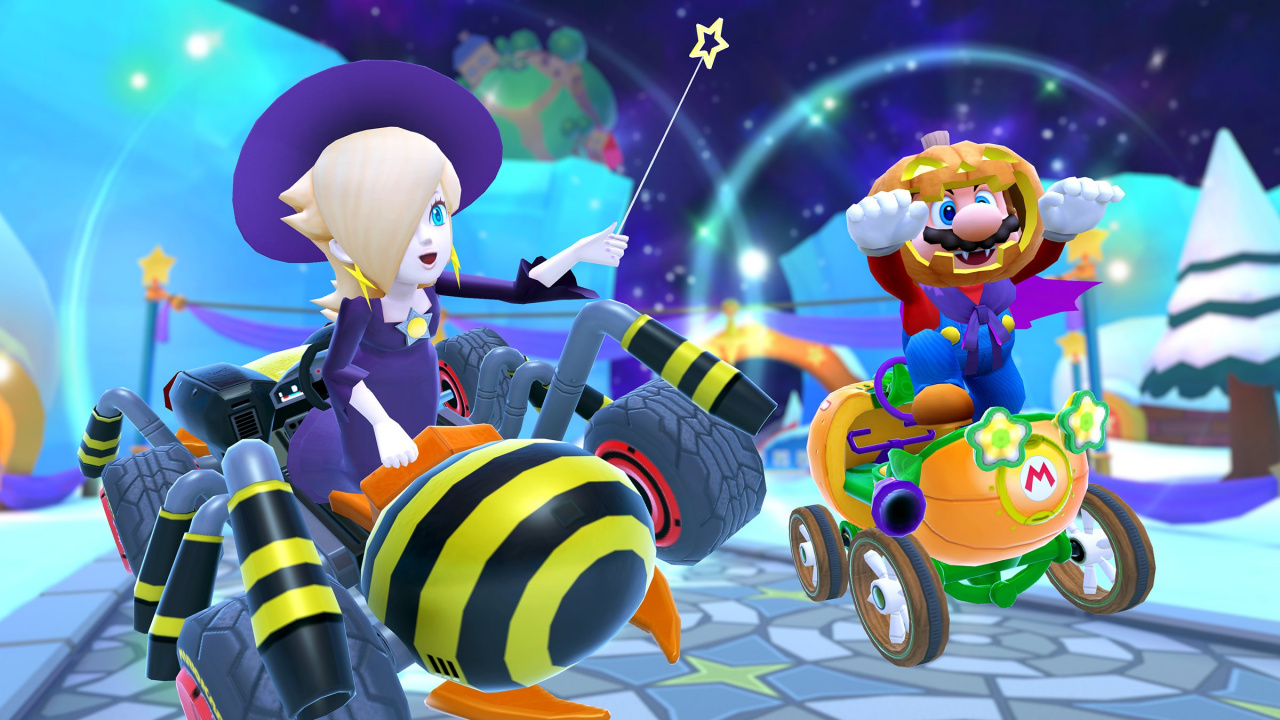 Mario Kart Tour keeps on rolling, and is now into the second half of its Halloween festivities. It kicked off with a bang, as Nintendo embraced the love for Waluigi and gave him a rather cool Vampire Waluigi outfit.

The last week has been rough for him, though, and he’s progressed from being the headline act to getting highlighted for a bus driver outfit – he has to take what work he can.

You can get Waluigi (Bus Driver) and rubies by completing Autumn Challenges 1, so make sure you get through the challenges before they expire at the end of this tour! #MarioKartTour pic.twitter.com/lLImbT1hv9— Mario Kart Tour (@mariokarttourEN) October 27, 2021

As the Halloween event is now into its second week we also have a couple of new outfits with the creatively titled Mario (Halloween) and Rosalina (Halloween).

The second half of the Halloween Tour features drivers, karts, and gliders that are perfect for the spooky holiday. This includes Mario (Halloween) and Rosalina (Halloween)! They’re included in the Halloween Pipe 2, which starts today in #MarioKartTour! pic.twitter.com/Nq6zZQZh9p— Mario Kart Tour (@mariokarttourEN) October 27, 2021

Finally, Nintendo has confirmed the next tour that’ll arrive in early November, and it’s a versus event with Team Toad going up against Team Toadette.

Keep Track Of Your Fitness In Style With This Smart Watch