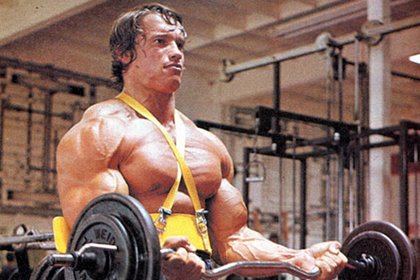 Athletes who regularly engage in resistance exercise are called bodybuilders or bodybuilders. From the point of view of the athletes themselves, bodybuilding is not only a sport, but also a special life philosophy. The number of people involved in bodybuilding on the planet is huge and amounts to millions. However, there are far fewer professional bodybuilders competing in bodybuilding competitions.

The process of building an ideal body involves a significant correction of the usual routine of life and includes:

Strength training aims at muscle hypertrophy and the elimination of body fat. An integral part of the training process is the formation of muscle relief and a distinct venous pattern on muscle tissue. To this end, the training program includes aerobic exercise (running, swimming, exercise on exercise bikes). Harmony and aesthetics are important indicators of an ideal body. The athletes themselves are distinguished by fortitude and perseverance in achieving goals.

Unlike powerlifting and weightlifting, in bodybuilding, it doesn’t matter how much weight an athlete can take. However, for the athletes themselves, the indicators of strength and endurance are of fundamental importance, since they directly affect the productivity of the training.

Competitive bodybuilding is a sports discipline where aesthetics, volume, symmetry and the level of physical development of posing athletes are assessed. The competition consists of several rounds, during which the athletes take the compulsory poses and perform in the free program. The winner is the athlete with the most perfect body.

Teenagers and young men who decide to improve their own body are interested in the question – from how old can you be engaged in bodybuilding? Bodybuilding experts and medical specialists believe that starting strength sports should not be earlier than 18 years old, when a person develops a stable hormonal background and the formation of the musculoskeletal system almost ends.

The history of bodybuilding begins in ancient times: a person has always strived for physical and spiritual perfection. Ancient sculptures that have survived to this day are excellent examples of the harmonious development of the human body.

Bodybuilding as we know it began at the end of the 19th century. In those days, weightlifters and strength athletes looked little like modern bodybuilders, but rather looked like representatives of a beer lovers club. Among them, a group of people stood out, which, in addition to purely strength training, was engaged in the development of a harmonious physique. One of these athletes was Evgeny Sandov, who is considered the ancestor of modern bodybuilding.

This athlete organized the world’s first beauty pageant for athletes in 1901. Later, Sandow developed a special system of strength exercises to increase the volume and strength of the muscles. The athlete was considered the strongest man on the planet – his chest supported the weight of a platform with three horses, with one hand Sandov lifted the barbell with an additional load in the form of two adults. The athlete is considered the first bodybuilder in the world: his bronze profile is still awarded to the winner of the Mr. Olympia competition.

The peak of bodybuilding popularity came in the second half of the 20th century. In the 50-60s, comics began to appear in print, the heroes of which had carefully traced muscles. Bodybuilders are increasingly being invited to Hollywood films.

A popular film athlete was Steve Reeves, who starred as the ancient Greek hero Hercules. Later, in the seventies, the multiple title holder Mr. Olympia Arnold Schwarzenegger received recognition and love of the audience. This athlete significantly surpassed the bodybuilders of the past in mass and volume of muscles and made a huge contribution to the development and popularization of bodybuilding.

A professional in the modern bodybuilding industry is considered an athlete who won a qualifying competition. Such an athlete receives a card from the International Bodybuilding Federation and has the right to participate in professional competitions such as “Arnold Classic” or “Night of Champions”.

There are many types of bodybuilding. Let’s consider the most common and popular types.

Representatives of natural bodybuilding consider the main purpose of classes to be to improve physical fitness and health. It is not necessary to have a mountain of muscles – it is much more important to have a harmoniously developed physique, a healthy heart and strong immunity.

Classic bodybuilding – a relatively new sports discipline, officially adopted by the congress of the international bodybuilding association. This sport meets the requirements of athletes who, unlike most modern bodybuilders, prefer to focus not on muscle volume, but on a harmonious aesthetic physique.

In this sport, pronounced muscle hypertrophy is impossible. Ideologists believe that a real athlete is not a mountain of meat, but a person with a proportionally developed body. Most of all in this sport are appreciated: beauty, aesthetics, perfectly traced relief, ideal proportions.

Female bodybuilding has a long history. However, the first competition in which women were judged according to real bodybuilding standards took place only in 1978. The main goal of female bodybuilding is to combine a graceful physique with optimal muscle volume, although the attention to muscles in competitions is less noticeable than in men’s competitions. This century has seen a slight decline in general interest in female bodybuilding. This is due to the rapidly growing popularity of alternative disciplines, in particular, fitness as a sport.

Beach bodybuilding – a kind of strength training, the purpose of which is not overly developed muscle mass. An athlete doing this type of bodybuilding personifies the ideal image of a guy on the beach: he is fit, handsome, has a harmoniously developed body, but does not have excess muscles. Unlike traditional bodybuilding, swimming trunks are strictly prohibited at beach bodybuilding competitions: athletes perform in shorts, while not using makeup, oil and other attributes of classic builders.

The benefits of bodybuilding are obvious: this sport allows people to get a harmoniously developed body, increase muscle strength and endurance. At the same time, training of the cardiovascular and respiratory systems takes place, the immune status of a person increases. People with developed muscles look aesthetically pleasing.

However, bodybuilding is not always beneficial. Some athletes, in pursuit of quick results, overload the body, which leads to overtraining. Most health care providers believe that vigorous exercise is beneficial in moderation, and that grueling training is harmful to health rather than strengthening it. Excessive stress on the muscles, heart and blood vessels can significantly damage these organs.

Another risk factor is the fascination of some athletes with steroid drugs that stimulate anabolic processes in the body. Hormonal medications can cause multiple and very serious complications, such as:

These effects occur with prolonged use of hormonal drugs and an increase in dosage. Officially, professional bodybuilders are prohibited from using anabolic steroids. However, hundreds of amateurs around the world use steroids freely, which guarantee maximum weight gain with minimum effort. The use of doping is the most pressing problem in bodybuilding.

OlliOlli World Feels Like A Fresh Start For The Series