From Software titles feature some of the best bosses in gaming, putting the player against what seems impossible until they work out a solution. That can be upping stat points, calling in a friend (or making a new one!), or simply learning when to dodge, parry, or roll. If you’re like me, it often involves lots of rolling. From Souls to Bloodborne to Sekiro, we can look at what bosses Hidetaka Miyazaki and the team at From Software have come up with over the years to perfectly (and highly scientifically) predict exactly what bosses we’ll see in their upcoming open-world take on the Souls formula. I can’t wait for the wild ride next January. What can we expect to see? Warning: Potential spoilers from all From Software games ahead.

Early screens and footage indicate that the world of Elden Ring has multiple dragon opponents, possibly roaming the open world looking for a snack. However, From has a fairly interesting history with these giant winged monstrosities. Yes, we can almost certainly expect to see a dragon on a bridge somewhere, and it’s going to breathe fire on the bridge and burn unexpecting travelers. That’s a given. But historically, there’s also a good possibility that a bigger, tougher dragon that could be missed is hidden behind a “takedown and discovery.”

Kalameet and Midir were both handled this way, with interactions you had to complete in a non-boss scene to get them to head to their respective arenas. While we don’t know if Elden Ring will have any DLC for sure right now, if this boss is coming, it may be located with the rest of the super huge optional and rowdy dragon titans of the past. If Midir is any indicator around where From is locating its current-gen Dragon Gods in the boss hierarchy, we can expect this boss to potentially be the hardest boss in any From software game to date. Sorry, Isshin.

Ever since Ornstein and Smough (or the Maneaters before them), From has loved to make encounters more challenging by adding numbers to the equation. Dodging one boss is tough, but dodging more is much harder, especially with how persnickety the camera can be at times. Maybe one gargoyle isn’t an issue. Maybe one Ruin Sentinel isn’t that bad. Well, why not more? A battle that puts players against multiple gargoyles might happen here, though I’m guessing it will be more in theme with Elden Ring’s runic world and be spirits that come to life one after another for that particular battle, similar to a mix of Four Kings and Belfry Gargoyles. On top of the “hey, let’s spawn multiple targets and get ’em!” we can expect a battle made more difficult due to dealing with two or three opponents at the same time, perhaps interacting with each other in thematic ways like The Throne Watchers and Throne Defender or the aforementioned O & S. 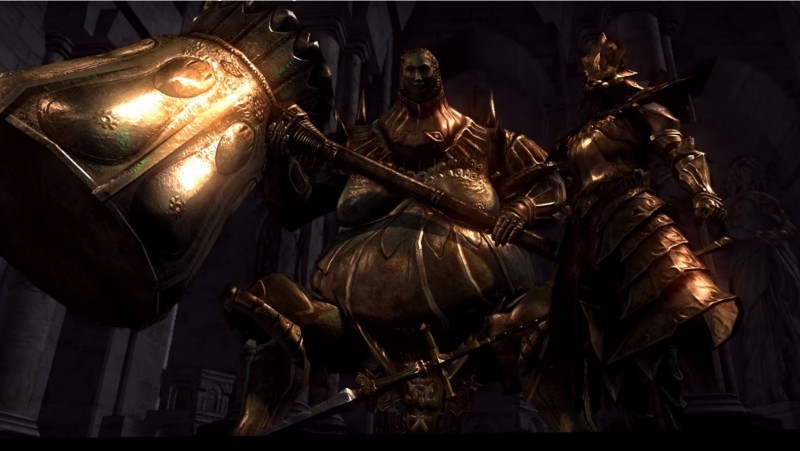 The order in which they are beaten is likely to factor into their actions and moveset. This one might even be mixed with the next category for an encounter like The Twin Princes of Lothric or the Witch of Hemwick.

From has absolutely loved the “hey, you think you won, but you didn’t, here’s the real fight.” trope throughout the years, and it has never been better realized than The Gargantuan Ape in Sekiro. You can watch YouTube for thousands of reaction videos, but essentially I hope we only get one of these encounters in Elden Ring so that the impact stays hot. If you expect every boss to come back to life with new attacks and an electrifying soundtrack, it loses some of its surprise. While the Ape may hold the throne, Sister Friede is a better fight overall and keeps the player guessing through three entire boss battles rolled into one. We can count on one of these to happen, and probably with a badass that’s pretty tough to take down even in the first phase.

Remember the Penetrator? Maybe not. How about the Pursuer? Animated armor suits with a big sword that impale the player and then throw them for a lethal long-range grab are lots of fun. Early screens indicate that a one-armed valkyrie-type might be their successor in Elden Ring, complete with an attack that may curse or afflict the player if it doesn’t instantly annihilate them. 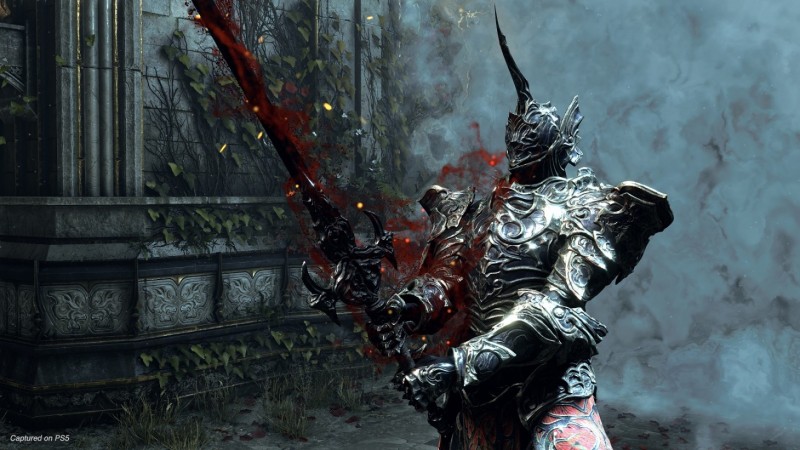 Get ready to scream as your hitbox registers a big connect with this one when you appear ten feet away and get thrown into a poison swamp. But at least this boss will probably be super freaking cool. What if they take the Pursuer theme to the next level here? Something half-baked in Dark Souls II was the fact that the Pursuer would sort of actually pursue the player. With an open world to work with, maybe this character actually hunts the player. That would be awesome and super intense if they could pull it off!

From Crossbreed Priscilla to Sister Friede (the best boss in all of Souls), From loves to give some of the leading boss women massive freaking instruments of death. With Priscilla and Friede, the recurring “actions in the snow giving away the location of the enemy despite their invisibility” mechanics are also present. A scythe-wielding, somewhat invisible boss in the snowy mountain lands that you can see their footsteps, hear their movements, or witness the kicking up of snow to locate them before they slice you in twain is definitely going to happen here.

The Final Boss: Player-Sized With A Dynamic Moveset

If we look at final bosses, especially recent ones like Isshin, Gael, or even Gehrman/Orphan, they tend to be the size of the player. Massive beasts are a sure thing to take down, ones that we can roll left or into over and over and stick with pointy things. However, the really scary bosses are often the same size as the player and play by some special rules. The fight will probably start normally, with the boss having several telegraphed but deadly melee combos and high mobility. Once we get the health bar down to 75% or 50%, that’s when all bets are off, and they’ll begin using ranged weaponry on top of an enhanced phase one moveset. 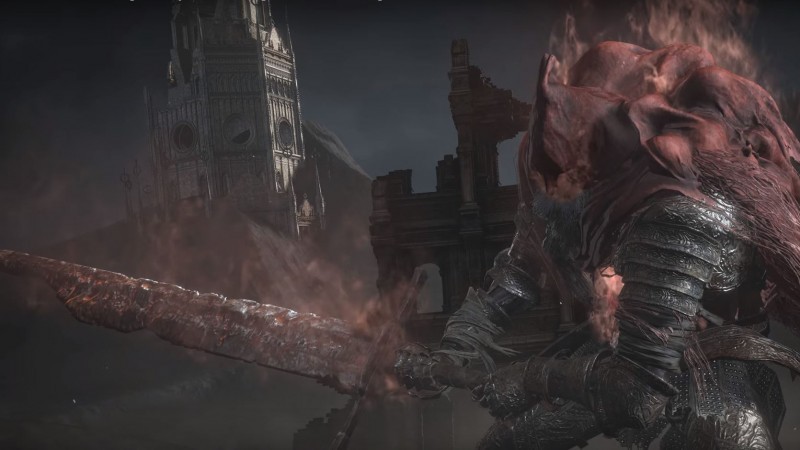 Gael’s hyper fire handbow and Isshin’s powerful pistol are likely to be echoed here in some fashion, though I doubt it will be the same type of weapon – perhaps a satchel of speedy daggers. Hell, poison daggers, let’s really up the ante on this one. And then phase three, when they’re at say 33% or so, will unlock hyperspeed and giant, unpredictable area-of-effect blasts. This is the phase where we’re going to be gulping down all those consumables we save up over the course of the game. Interestingly enough, I think the difficulty of the final encounter hinges on whether or not there is a planned DLC. If there’s going to be DLC, the final boss can traditionally be a very reasonable or toned-down encounter similar to Gwyn or the Soul of Cinder. If there’s not going to be DLC, it will be an Isshin-tier villain. Am I actually saying we can predict whether or not there will be DLC based on the final boss difficulty? Yes. Yes, I am.

The Gimmick Boss With Something In Their Arena That Kills Them

Storm Ruler. Legends have told of this weapon for centuries. They say you need to charge it up, and then you can take down everything from massive flying stingrays to angry, huge giants. Count on a (somewhat) impossible boss that can be defeated by a conveniently located item glistening in the room. Maybe they’ll throw a wrench in the gears this time and have it be a bit more byzantine to get to the special item, like maneuvering Micolash’s maze in Bloodborne. Hopefully, From leans in here and uses the Storm Ruler again as the key item to keep the theme really going.

The Legion With Only One Real Target

Deacons of the Deep, the Royal Rat Vanguard, Celestial Emissary, the list for this category is long. Essentially, the player is faced with a ton of targets that probably all look very alike. The lesser units respawn if killed, forcing the player to focus on the critical target or lose a war of attrition, or perhaps balancing things out for a longer but less intense encounter. What shape this takes in Elden Ring is unknown, but the setting is rife with possibility, and this is a favorite From trope, so I expect to see it for sure in some form. Some variants on this encounter include Rom the Vacuous spider, where the big target is easily identifiable rather than blending into the pack but still featuring an endless supply of dangerous minions.

The Fool’s Idol. The Crystal Mage. Prepare to face a barrage of bolts or magical blades as you attempt to find the right target in a sea of clones. Maybe the “real one” has an identifiable attack or something in the arena that can help you identify it. Still, you’ll probably have to use pillars or architecture as cover as you survive a hail of spells. Of course, after you find it, you only have a brief period to do damage before it teleports and spawns more clones to play the game again and again, so make those hits count while you can!

The Really Freaking Big Thing That Rests On A Ledge

This boss is so freaking big, you can’t see all of their massive form most of the time, and they don’t even fit on the screen! From the Old Iron King to High Lord Wolnir and even Midir’s pre-boss stage, this boss will likely be bested by rapping their hands sternly as they place them down to peer intently at you before breathing something dangerous on you.

It all has to start somewhere, right? Before players can level up or advance, there’s often something nasty in the way. This varies greatly between games, but often there’s a sort of checkpoint boss or large enemy that has some variables to defeating. Sometimes, you’re not really supposed to beat this boss on your first encounter. Other times, you need to beat it to proceed with the game. What flavor this takes in Elden Ring is unknown, but its existence is almost a sure thing.

What boss archetypes are you predicting to see in Elden Ring? If comments are back working again, let us know there!

Boyfriend Dungeon Review | To Woo Or Not To Woo, That Is the Question