Some lies seem inconsequential—known as “white lies.” Are they ever okay? You might think, ‘Well, it depends on the situation.’

The conventional wisdom about white lies is that they are mostly okay, depending on the situation. It’s commonly agreed that lying is fine in these situations to:

Maybe this advice is for people you don’t know very well, but when it comes to primary romantic relationships, it’s better to put the extra work into total transparency, even when there might be a moment of discomfort.

A Little Story about a Date Night Full of Lies

One evening, early in my dating life with my now-husband, we were going for a leisurely walk through the streets of Philadelphia. When I mentioned I was hungry for dessert, his eyes lit up as he told me he wanted to show me one of his favorite shops in the city.

We entered a French patisserie with quaint tables and chairs and a  display case of row after row of French pastries.

We were both on cloud nine, giddy and falling in love.

Then our dessert came.

It was a tray of tiny assorted pastries and tarts beautifully plated with ribbons of chocolate.

These items might make your mouth water, but not mine. Maybe there’s something profoundly wrong with me, but I hate pastries. I am a cheap date when it comes to dessert. I prefer a candy bar or bag of jelly beans over a torte or flaky croissant.

But what do you think I said?

I was raised to eat everything on my plate and gush about anything that was given to me. Especially food. So I raved about how delicious these little desserts were. Not only did I swallow them to be polite, but I also pretended to love them.

We were having such an amazing time. I really liked him, and it all seemed so perfect. I didn’t want to spoil it by saying, “I hate French pastries. Cheese doesn’t belong in dessert, ever, and I don’t understand why everyone pretends mini cheesecakes are delicious.”

I was following the age-old “it depends” advice. I told myself there was nothing wrong with pretending to like the deserts because I was just being polite and appreciative.

“Surprise! Remember one of our first dates at the Pink Rose? I picked up some treats for us!”

He showed me a beautiful pink box tied up with a satin ribbon.

I was so tempted to lie again, but I knew that if I didn’t ‘fess up, I’d be getting these surprise “treats” for the rest of our married life.

We both had a big laugh over it. His feelings were not hurt at all. In fact, he was delighted to have the entire box to himself.

What Pastry Trays Have to Do with Relationship Longevity

Maybe you can’t relate to my warped culinary palette, but I imagine there have been times when you’ve wanted to avoid ruining a pleasant moment. Maybe you didn’t want to risk spoiling the mood, coming across as rude, or appearing unappreciative.

It’s true that pretending to enjoy the mini cheesecake didn’t hurt anyone, and nothing bad came of it.

This isn’t an ethical debate of right or wrong. Advice to tell the whole truth is the direct result of relationship science.  Experts such as Dr. John Gottman and his colleagues conducted decades of research to measure human behavior. The results from these experiments show a direct correlation between transparency and long-term relationship satisfaction.

Three Reasons to Tell The Truth, Even If it Causes Some Discomfort

Healthy relationships are built on a foundation of knowing each other well. Research shows that couples who ask each other questions and answer them honestly are more likely to be happy together than those who don’t.

It’s tempting to avoid minor disagreements by telling yourself there’s no need to speak up when a topic seems harmless. This is risky. Minor irritants can turn into resentments if not addressed early on. It’s like taking the time to remove a tiny pebble from your shoe so you can comfortably continue your walk.

It’s common knowledge that couples build trust through transparency.  But most people think of things such as breaking a monogamy agreement or hiding financial information when they imagine what violates trust. It’s usually much less dramatic than that.

You build trust every single time you say something, even if it’s a tiny bit controversial.

What to Do Instead of Following the: “It Depends” Logic for While Lies

You don’t have to choose between kindness and honesty. You can embrace both these values at the same time, but it will take a bit more time to find the right words. Here are some examples:

One next step for you to consider is starting a conversation with your partner about white lies. Ask them what they think about the conventional wisdom, “It depends on the situation.”

Hopefully, it will lead to an interesting and engaging conversation!

Connect, communicate, and have more fun with Laura’s “52 Dates in 52 Weeks” weekly planner for couples.

Everything to Know About Qwo, the First FDA-Approved Injectable for Cellulite 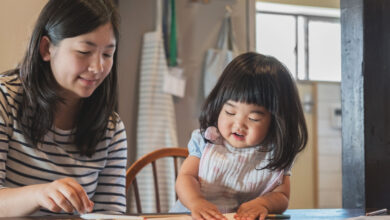 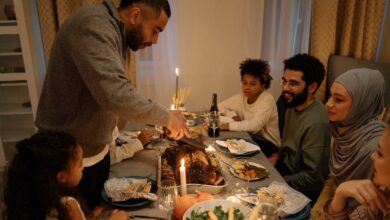 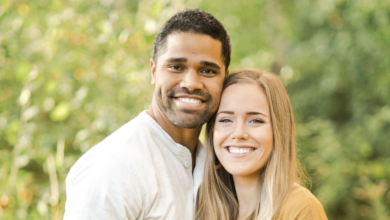 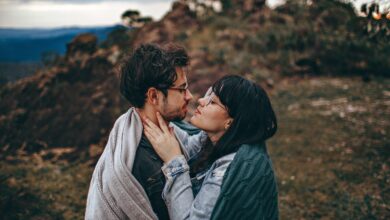