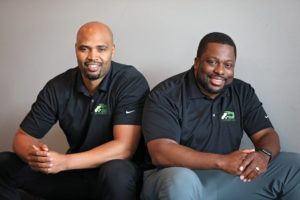 Now, armed with $1 million, Livegistics plans to scale up aggressively.

Black Ambition “provides mentorship and access to capital to high-growth startups founded by Black and Latinx entrepreneurs,” according to a news release. It is backed by musician, entrepreneur and philanthropist Pharrell Williams, who launched it last December.

Its efforts include reducing barriers to capital, and bridging the nation’s wealth gap through entrepreneurship. The non-profit  is committed to helping  entrepreneurs of color achieve success in tech, design, healthcare, and consumer products/services start-ups.

Started in 2017, Livegistics is a cloud-based material management operating system that takes all the paper processes found in civil engineering, and turns them digital with real-time tracking. The firm largely caters to civil, demolition, and trucking companies among others in the construction waste management industry. Livegistics helps clients eliminate revenue losses from lost tickets and provides data analytics to give them a competitive edge over rivals among its offerings.

“Winning this competition is bigger than just the prize money, Justin Turk, co-founder and CEO  of Livegistics said in a news release.

“When we first entered the tech start-up world as two Black entrepreneurs, we had no idea how to navigate in this space. Now, we are not only being taught how to navigate, but also to dominate in an industry that just recently decided to grant access to people of color. The information, skills, and tools we are being taught will not only help us thrive in our business, but it will break open doors that we never even knew existed. We don’t just want an invite; we want to create the guest list.”

Livegistics was reportedly chosen out of about 1,700 applicants for the top Black Ambition prize. Dosso Beauty won the non-profit’s HBCU grand prize of $250,000.

African Americans account for less than five percent of the technology industry’s workforce in Silicon Valley. And the percentage of African Americans that occupy executive positions in the industry may be as low as one percent, according to the Equal Employment Opportunity Commission.

Turk and Davis shared with BLACK ENTERPRISE via email what the $1 million award will allow their business to do. Turk says the firm can now improve its software in multiple areas, including improved user interface design, collaborative platform improvements, data analytics.  He added the company is currently in five waste management facilities in three states.

“These resources will allow us to aggressively push our software into more than 100 facilities over the next several months.”

Davis added the funding will accelerate the firm’s ability to grow and condense the timetable on product enhancement it has in development. “This access to capital will put us on the fast track to capture the pinned-up demand we’re seeing in the marketplace.”

He added, “Looking at our road map and schedule of what we had projected over the next few years because we have received more resources faster, it is a tremendous advantage for us to grow and scale.”

Davis reflected on how the company has grown since its start up. He says Livegistics was founded in late 2017 and secured its very first customer in 2018. He says about $150,000 in capital was raised initially  from friends and family, with everything going into software development. Since 2019, Davis says over $650,000 was raised in convertible debt funding to grow the company. “You’ll see many tech companies run significant losses before generating any sales. So it is not a small accomplishment to begin generating revenue as a SaaS solution.”

Davis says last year Livegistics did $150,000 in revenue.  By late 2020, the firm received a grant from TechTown Detroit. That allowed it to generate revenue from large corporations like Waste Management starting in early 2021.  Davis say’s the firm’s recurring revenue surpassed $150,000 in the first quarter of 2021, and he projects that the firm will do over $1 million in revenue this fiscal year.

Further, COVID-19 pandemic fueled some growth for Livegistics as people began to work remotely with a growing need for digital solutions. Davis says providing a secure digital platform for contractors, landfills, and transporters in the construction environmental sector was a natural pivot for the firm’s larger customers which helped accelerate growth.

“We have the team, the product-market fit, and now much-needed capital…. for an industry in desperate need of change.” An emerging player in its business, Livegistics has found a niche by finally solving a big problem in construction. Davis says the digital (truck) ticket for civil and demolition companies, for landfills, recycling and metal processing facilities and aggregate suppliers is really at the common core of everyone’s issues in this phase of construction. Livegistics, he says, uses technology to consult with companies, impact their bottom lines and provide transparency in an industry that has been lacking for so long.

Turk pointed out Livegistics has a 97% retention rate with customers.

“Construction technology is still a fairly new term in this field, so there was obviously some anxiety from early adapters,” he says. “As transporters, contractors, scale attendants, etc. started getting more comfortable using technology we started to see an increase in volume as well as an increase in average users per company.”

Davis says solving the paper problem for the construction industry is not a matter of if… but when.

“With our industry expertise and environmental focus, we’re looking to help pioneer change.,” he explains. “Landfills, pits, quarries, demo, and civil contractors, heavy hauling transporters and other construction contractors can all be customers of our platform. We will begin to onboard more landfills across the country and as those landfills come online, we will be able to connect with local contractors and truckers in those areas who have to use our software at the destination site.

“But like most start-ups, particularly Black-owned firms, running Livegistics has not come without challenges. Some of those obstacles have included getting access to capital, gaining market share from larger, well-established tech firms, and increasing visibility or brand recognition.

“We are so thankful for the words of Felecia Hatcher, CEO of Black Ambition and Pharrell Williams (who) said that numbers don’t lie,” Davis says. He noted statistically, trillions of dollars go into venture capitalists and startups, yet very few are minority-led companies.

“And that trickle-down effect, even though we have thick skin, we never wanted to accept that the reason is race-related, but we know it is out there.” He adds, “We have over 40 different investors, so far, on our cap table and we owe it to them as well as being a founder group to deliver on the things we are committed to. Every dollar was accounted for and being reasonable with our targets to not run out of money. This cash infusion changes not only our forecast and our timetable and but it changes the tone of investors.”

The Simple Comforts Of Resident Evil 4