For heavy commuters, drivers doing gig work and those looking for passive income opportunities, car wrap advertising is a fairly straightforward way to pull in some extra money with little effort.

Just make sure the advertising company is legitimate.

It’s no secret that the car wrap advertising industry is plagued by scammers. They may email or text message you: You’ve been selected for an advertising campaign! You’ll earn hundreds of dollars a week!

The premise isn’t a total fraud, but – spoiler alert – you’re not going to earn hundreds per week. Even the largest and best-paying companies don’t pay that much.

Still, you could potentially rake in up to hundreds of dollars per month by getting your car wrapped.

Here’s what car wrap advertising is, how to sign up with legit companies and how to steer clear of scammers.

What Is Car Wrap Advertising?

Car wrap advertising is an out-of-home (OOH) advertisement method that is likely to conjure up images of motorsports cars. But you don’t have to be a NASCAR driver to earn a little money from the ads.

Those same companies — like 7-Eleven, EA Sports, Norwegian Air, Buffalo Wild Wings and many others — pay car wrap advertising agencies to wrap the vehicles of everyday drivers when they want to advertise in specific locations around the country.

That’s where you come in. Given you have a newish vehicle in good condition, drive a lot and have valid car insurance, you can sign up with a car wrap advertising company and cash in when those big companies are holding campaigns in your area.

With a legitimate car wrap advertising program, you can expect to earn roughly $100 to $450 per month depending on how much you drive and how big of an ad you choose to put on your vehicle.

Typically, you can opt in for a decal, a partial wrap or a full wrap. Decals are the smallest forms of ads. They could be a sticker or a vinyl graphic that’s limited to a specific area of your car, such as your rear window. A partial wrap is a vinyl graphic that may cover all doors and possibly the bumper section. A full wrap, as its name implies, usually covers your entire vehicle, including your hood and all doors and windows except the windshield.

The Penny Hoarder looked at larger car wrap services that offer ad campaigns in several regions around the U.S. These legitimate companies made the cut.

Founded in 2012, Carvertise is an advertising company that partners with national brands primarily in large cities as well as smaller markets throughout the U.S.

The company offers partial and full wraps to rideshare and delivery gig drivers, as well as high-mileage commuters. A partial wrap covers both sides and may include bumper decals. Full wraps include decals on the entire body including all windows except the windshield.

Depending on driving habits and the size of the wrap, the company typically pays drivers between $100 and $300 a month via direct deposit. According to its website, some special advertising campaigns, which span multiple months, may pay up to $1,500.

To qualify, you must drive a 2008-model vehicle or newer, have a clean driving record and commute at least 30 miles per day. Fill out a driver application and sit tight for the company to get back to you when an advertising campaign is available in your area.

Nickelytics likes working with gig workers who drive for Uber, Lyft, Postmates, DoorDash or other similar gig apps — especially ones who clock about 900 miles per month.

The company provides three different wrap options: back windshield, light wrap and full wrap. The light wrap includes only doors whereas the full wrap covers the entire body plus the rear window. Depending on the wrap and your mileage, you can earn up to $250 a month.

Your vehicle must be a 2010 model or newer. The majority of your miles need to be logged in one of the following 23 metro areas:

Wrapify operates nationwide and has wrapped more than 385,000 vehicles.

“Some cities and regions are much busier than others,” the website states. “Generally speaking, larger cities and towns have higher odds of getting campaigns compared to smaller cities and less crowded twns.”

To be eligible for a campaign, you must:

If you meet those standards, download the app on iOS or Android devices to begin the driver application. If selected, you will be able to choose between four advertising options, including a light, partial or full wrap and a “Static” rideshare topper. (Think: triangular roof ad on traditional taxis — basically a mobile billboard.)

Each ad option comes with a range of possible earnings, from about $175 to $450 per month.

While vehicle toppers aren’t technically car wraps, the ads are likely to earn you some extra money for your miles all the same.

Adomni partnered with Uber to launch an out-of-home ad program called Uber OOH. While it understandably flopped at first, the program is still in effect in six major markets with plans to expand to 16 more cities.

The program is currently available in these metro areas:

According to Adomni, Chicago should be added to the roaster by the end of the third quarter this year (aka Sept. 30). Additionally, 15 unnamed cities are coming soon.

The topper ads are two-sided digital screens that are installed on the roof of your vehicle. According to the announcement, eligible Uber and Uber Eats drivers earn $300 for the initial installation and $100 each week that they log at least 20 hours of driving time.

Interested drivers in those areas can fill out a Google Form to be notified when advertising campaigns are available.

Countless companies say they will pay you to wrap your car. Many of them are hyperlocal, meaning it’s impossible to vet them all.

As some general rules of thumb:

Craigslist is a large source of classifieds that seek drivers for car wraps. As with any transaction on the site, proceed with caution.

Both the Better Business Bureau and the Federal Trade Commission urge consumers to be wary of car wrap scams.

Some fishy companies run schemes where drivers purchase and install the ads themselves and then the companies ghost them. Basically, the scammers get free advertising and a few bucks from the decal or sticker purchase — without ever paying the driver.

One of the biggest red flags: if the company requires you to pay the up-front cost for the car wrap.

“Anytime you, as a driver, need to pay out of pocket, it is a scam,” said Judah Longgrear, CEO of Nickelytics, a car-wrap service for rideshare drivers and gig workers.

Pay careful attention to how you’re getting paid as well. Some car wrap companies use a referral method where a stranger would need to see your ad, call a number or visit a website for verification before the company pays you anything.

Another common and more malicious scheme the FTC describes is a “fake check” scam, where a company tells you to front a costly ad installation. Then they send you a fake check as reimbursement, and — oops — they overpay you and ask you to send them back the difference. Then, days later, the original check bounces and you’re out the money from the installation and the money you sent them for overpayment.

And whether it’s for a car wrap or not, heed the FTC’s warning: “Never send money back to someone who sent you a check.” Don’t spend the extra cash, either. Wait for the check to bounce, and the bank will automatically withdraw the funds from your account.

Do Companies Really Pay to Wrap Your Car?

Yes, legitimate car wrap advertising companies will really pay you to wrap your vehicle and drive. With emphasis on legitimate. Many scammers plague the industry. Be sure that the company is real and trustworthy. And never pay any money out-of-pocket to have your car wrapped. A legitimate business will cover that for you at no cost.

How Much Can you Get Paid to Wrap Your Car?

Legitimate programs pay about $175 to $450 per month, depending on your driving habits and the size of the ad. If you hear about a program that promises hundreds of dollars per week, it is likely a scam.

What Companies Will Pay Me to Advertise on My Car?

Many companies claim they will pay you to put advertisements on your car. Unfortunately, most of them are scams. Carvertise, Nickelytics, Wrapify and Uber are among the few legitimate companies that will pay to have your vehicle wrapped or to install a topper on your roof.

How Much Does an Advertising Car Wrap Cost?

For you as a driver, it should cost nothing out-of-pocket to have your vehicle wrapped in an advertisement. The company should cover the costs for you. If it doesn’t pay for it upfront, it’s likely a scam. See above for more tips on avoiding car wrapping scams.

Should I Sign Up for Free Car Media or ReferralCars?

While some websites claim they are legit, we do not feel comfortable recommending either company due to user complaints and basic security issues with both websites.

Will a Vehicle Wrap Damage a Paint Job?

If you take your vehicle to get wrapped by experienced professionals, your paint shouldn’t be damaged. The vinyl decals should be applied using paint-safe adhesive, and once installed, it could help protect your paint from sun damage or other minor scratches. In some cases, if your paint is already damaged, a wrap could pull off the damaged paint when removed.

No states expressly ban vehicle advertisements, but some localities may have rules that could affect you. Two things you should consider are your municipal laws and neighborhood HOA policies. Some municipalities may consider your wrapped car a commercial vehicle, meaning you’d have to buy commercial insurance. And some HOAs bar advertisements within the community, which could limit where you can park.

Adam Hardy is a former staff writer at The Penny Hoarder. Steve Gillman contributed to this article.

Destiny 2: The Witch Queen Reveal Watch Along With Game Informer 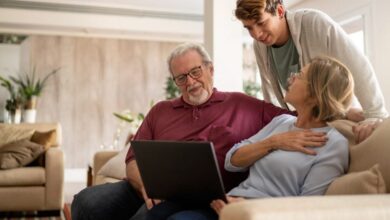 Can My 17-Year-Old Grandson Invest in a Roth IRA? 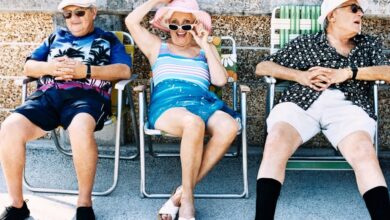 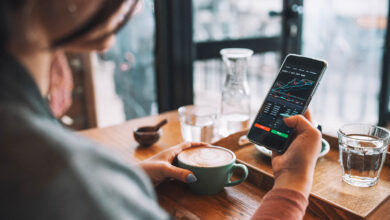 How to Buy Stocks: A Beginner’s Guide 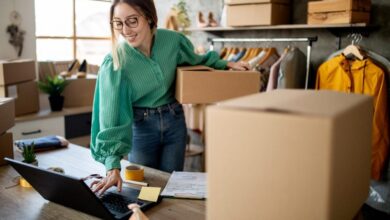 7 Tips to Help You Launch Your Own Resale Business