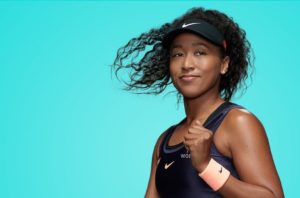 Tennis superstar Naomi Osaka may not be currently playing in any tournaments but she can still be seen in action while she takes a a break from her career.

Streaming and content giant Netflix has announced that a three-part documentary series on the tennis star will premiere  Friday, July 16, on its platform.”Naomi Osaka” will debut just before her expected return  at the Tokyo Olympics, where she will represent Japan later this summer.

What does it feel like to be one of the best tennis players in the world?

On July 16, @naomiosaka offers insight into the tough decisions and ecstatic triumphs that shape her as both an elite global superstar and a young woman navigating a pressure-filled world. pic.twitter.com/jreQzgk6TJ

Back in February 2020, Netflix announced that “this documentary series takes us on a journey with the multiple Grand Slam Champion, Naomi Osaka, who became the first Asian player to reach the number 1 singles ranking after winning her first Grand Slam at the U.S. Open in 2018 and second at the Australian Open in 2019. With unprecedented access to Osaka, the documentary gives audiences a deep window into the life of a global tennis superstar. The series will cover Naomi’s pivotal year, from the U..S Open in August 2019, and on tour with the tennis star as she plays in each of the Grand Slams and prepares for the 2020 Tokyo Olympics.”

“To be able to tell my story and let people in during this big year, working with a team that really understands me, has been a rewarding experience. It won’t look like a traditional sports documentary, and I’m so excited to share it with everyone,” Osaka said in a written statement at that time.

In June, Osaka withdrew from the second round of the French Open citing mental health battles and depression after she refused to do mandatory post-match interviews during the tournament. She later withdrew from Wimbledon to spend time with her family and friends.

Can I Gain Muscle While Reducing Body Fat?