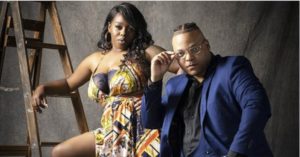 Brown-colored dolls in apps do exist.

Clara and Dejon Turner –a couple who hails from Colo.— threw their hat in the ring to develop The Doll House Family™ app which features melanin-rich characters that flaunt an Afrocentric flair, according to BlackBusiness.com.

The pair wanted to present positive images of “Black and brown people” in a game for families to enjoy, so they took action to make their idea happen in a pretend world. Players can pick from figures they want to navigate in a make believe land of driving vehicles, belting out tunes, or taking it easy to soak up the good life during poolside fun.

“Welcome to the Doll House , where your wildest dreams come true. where the Dolls are Brown Skin just like you,” according to information provided on the app’s site.

Dreams are becoming a reality for creatives who rarely saw themselves in dolls or games growing up. Apps made by Black developers are offered for adults, too. There is a growing interest in relatable apps which can interest people of color of all ages. Networking, reading, productivity and emojis are listed on one resource to point users in the direction of supporting apps like these, according to iMore.

Another app called Color Noir: Coloring Art Games offers pictures for users who are interested in “rediscovering the soothing bliss of coloring through the world’s best coloring book mobile app,” according to the developer’s page. The melanin-rich characters pop with beautiful color, reminding the world that people come in cocoa shades in real life, too. Many users who left app reviews gave it the thumbs up.

But if you are toting little ones around in a car, or on a shopping trip while seeking a little family fun on the go, add The Doll House Family’s app to your review list. Click here to find it.

Neo: The World Ends With You Review – A Catchy But Familiar Refrain