What does Uttarayan mean?

In Hinduism, Uttarayan is specified as the interval between Makar Sankranti (usually around January 14) and Karka Sankranti (which currently occurs around July 16) The name Uttarayana is taken from two different Sanskrit terms, ‘Uttara’ (North) and ‘Ayana’ (movement), suggesting the Sun’s northward movement on the celestial sphere. This movement takes place over the six months between the solstice around Dec.

Uttaryan marks the end of winter and the start of the summer season, according to Hindu astronomy. The festival is celebrated in Gujarat with great zest and enthusiasm. To celebrate the Makar Sankranti festivities, the International Kite Festival is held annually in India’s western state.

The Sun transits from one zodiac sign to another twice a year, according to the Hindu calendar. This modification is referred to as Uttarayan or Dakshinayan. The transit of the Sun from south to north in Hinduism is meant to be quite auspicious. The rays during this time are supposed to be dangerous as the Sun transits from east to south. But the rays signify the change of health and harmony in life as the Sun travels from East to North. The Sun transits from Gemini to Capricorn as the time of Uttarayan is about to start. It is assumed that this is the beginning of a new morning of prosperity. The days are expected to be longer from this day on, while nights are getting shorter.

Uttarayan’s importance across areas of India:

The festival is devoted to the deity of the Hindu light, Surya. Makar Sankranti marks the period for pilgrimages in many parts of the world. It is the beginning of Kumbh Mela in Uttar Pradesh, while the end of Shabrimala is in Kerala. It is celebrated on the 1st Magh, as per the Nepali calendar, which marks the end of Poush, the ill-omened month. It is also considered essential for spiritual rituals that people take a holy dip in rivers such as the Ganga, Yamuna, etc. Bathing is thought to result in previous offences being merited or forgiven. This festival is being celebrated in different parts of India by making sticky, bound sweets. In specific, they are made from sesame and a base of sugar such as jaggery. Despite the uniqueness and differences between humans, they are formed as a symbolism of being united in unity and joyfulness. This time is also part of the Rabi crop and agricultural cycle’s early stages.

Uttarayan is the time when the Sun moves from south to north and is also known as Makar Sankranti, according to the Hindu scriptures. Three out of six seasons fall around this solstice, which is winter, spring, and summer. Bhishma Pitama waited for Uttarayan, according to Puranas, to sacrifice his soul. Ganga from heaven is also thought to have entered Earth on this auspicious day. Therefore, Magh Bath is considered relevant, as well. Both yagyas, austerities, weddings etc. are performed during Uttarayan. It is often said that Uttarayan is God’s time of day, and Dakshinayan is the night for them.

How is Uttarayan celebrated?

Grains from the new harvest are used to prepare a dish known as ‘khichdi.’ Another significant ritual is the sharing between families, family, and neighbours of a mixture of sesame seed and jaggery. Symbolically, the exchanging of sesame and jaggery indicates that individuals forget and forgive all past evil will and wars and resume Uttarayan again.

During the festival, unique sweets and delicacies such as laddoos, undhiyu, Tal-sankadi, chiki, surati Jamun are prepared.

In reality, Uttarayan is nature worship, and on the day Surya or Sun God is worshipped. Cows, oxen and other domesticated animals are often given a bath and fed with fresh grass and sweets. Special pujas are performed as man’s life relies on them for the well-being of domesticated animals and plants.

Uttarayan is a two-day Gujarat festival, and during the time in Ahmedabad, an international kite festival is organized. During the time, thousands of kites take to the sky, and kite-flying contests are also organized in many locations. On this day, people gather on rooftops and terraces to fly kites.

To participate in the international festival, kite flying enthusiasts from various parts of the world come to Ahmedabad. The festival has become so popular that Patang Bazaar in Ahmedabad has a whole market named after kites.

You may also like to read: All You Need to Know About Lohri Festival 2021

All You Need To Know About Pongal 2021

Our Firsthand Tour of 12 Brand Activations 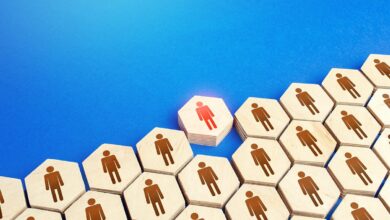 Veteran It Listers Discuss the Future of Experiential 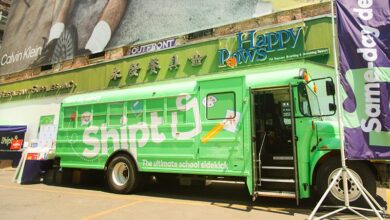