No two apartments are alike in a brick-clad apartment building in the central Argentine city of Rosario, designed by architecture firm BBOA.

The Suipacha building occupies a corner in Barrio Pichincha, a neighbourhood just beyond downtown Rosario. Once a fairly quiet district dominated by middle-class homes, the area has become livelier and more diverse in the past decade.

The 550-square-metre building sits on a 110-square-metre lot that formerly held a single-family house. The blocky, five-storey building rises 13.6 metres.

“There is a maximum use of the ground and the permitted height, in accordance with the urban code and building regulations,” said local firm BBOA, or Balparda Brunel Oficina de Arquitectura.

The building’s ground level encompasses two garages and retail space, while the upper floors contain a total of six apartments. A lower corner of the building is carved away to form an entrance alcove.

“You access from the void in the corner,” the architects said. “We wanted to generate tension with the weight of the cantilever.”

Based on its market research, the developer of the Suipacha building aimed to construct a building with six units. Rather than using standardised layouts, BBOA decided to mix things up.

All of the apartments have different floor plans – an approach that optimises the virtues of each unit and reflects the diversity of the surrounding neighbourhood, the team said.

There are no corridors in the building. Instead, apartments are located directly off a shared staircase and shared elevator.

Studio apartments, ranging from 32 to 35 square metres, are located on floors one and four. A one-bedroom, 52-square-metre unit is located on the second floor.

Two-bedroom apartments are located on levels two through four. One is 72 square metres, while the other totals 95 square metres. Both have two storeys.

In the two-storey units, the public area is on the upper level and the bedrooms are below – another atypical approach to apartment layouts. 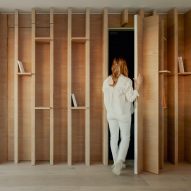 Interior finishes include concrete floors and ceilings, along with cabinetry and wall panels made of plywood with a special coating. Glazed doors provide access to balconies.

Exterior walls consist of locally made brick with a grey-brown pigment. In certain areas, bricks were used to form lattices that allow light to stream into the apartments.

Various-sized windows, which seem randomly placed, hint at the non-standardised layout found within the building.

“The variation in the exterior distribution reflects the uniqueness of the configuration,” the team said.

Other projects by BBOA include a housing development in Rosario that features white buildings with angled roofs, and a government-backed apartment complex in Granadero Baigorria that consists of different-sized buildings clad in pink brick.

The photography is by Javier Agustin Rojas.

What is Fiat Currency? - MintLife Blog 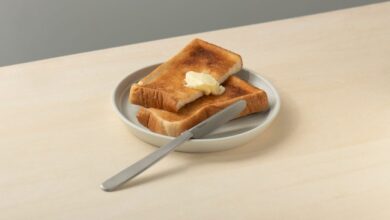 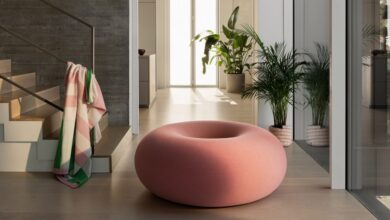 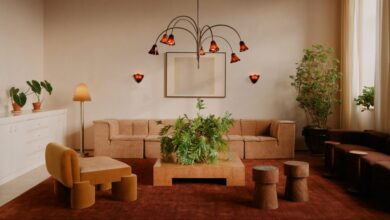 In Common With opens lighting studio and showroom in Brooklyn