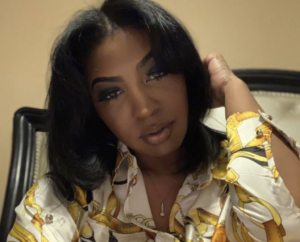 A Detroit woman showed one thief that she doesn’t play when it comes to her hard-earned Mercedes Benz.

Bianca Chambers, 32, had tracked the young thief, who stole her 2016 Mercedes 300C from a Marshall’s on the west side of Detroit on Monday, for three days. After involving the police and tracking the thief with her stealth social media sleuthing skills, the entrepreneur caught up with the bandit at a local barbershop– where he was getting a fresh touch-up on his locs.

“Listen, these past 3 days feel like a movie.  How would u feel someone just joyriding in your mf car and the fact I kept seein’ my car was mind-blowing. Yesterday really f***d me up knowing he pulled up to my business today. I wasn’t having that s**. I’m Inkster native ain’t s**t sliding. Ain’t no way in hell I was just bout to let him slide today,” Chambers wrote on Facebook just moments before she pulled up on the unsuspecting thief.

Video footage of her confronting the young man as he sat in the salon chair went viral after she dragged his a**– literally– for swiping her whip.

“Excuse me, you got that Benz out there?” Chambers asked.

The man says something indecipherable, and she replies, “Yes, you do, b***h.”

Despite her profanity-laced tirade, the justifiably angry woman and others held the teen until police arrived.

The “bout it” woman said to ensure that he wouldn’t joyride in her car again, she slashed all four tires.

“I slashed all the tires and I thought that he was gonna take off and I didn’t know how long it was going to take for the police to pull up. And I refused to let him pull off again,” Chambers said.

The teen has an alleged history of stealing vehicles throughout the Metro Detroit area. His name has not been released

Meet the Father and Son Who Graduated Together from the Same College — On the Same Day!

Shane Flowers, 23, Arrested For The Murder Of His One-Year-Old Son, Dee'Ago Jones In Los Angeles