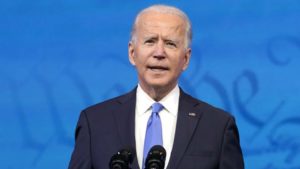 In order to get Black Americans to vote for him, President Joe Biden made several promises to them, however he’s expressed frustration at stalled bills and a lack of action on his promises.

White House Press Secretary Jen Psaki told The Grio the president is frustrated over police reform negotiations which have stalled and over H.R. 1, which was blocked by Senate Republicans late last month.

According to Yahoo News, those in the Biden-Harris Administration say the White House is closely monitoring the situation and is anticipating positive news in hopes bills will be passed.

Three bills essential to Black Americans include the George Floyd Justice in Policing Act, the For the People Act and the John Lewis Voting Rights Act. All three bills would address racial inequities that critically impact Black and brown communities.

However, none of them are even remotely close to being passed currently due to Republican opposition and several Democrats’ refusal to eliminate the filibuster.

The administration is also working on the Civil Rights Act of 1866 in order to implement changes lowering the threshold for proving racism at the U.S. Supreme Court from a 100% threshold to a much lower standard.

Congressman Mondaire Jones (D-N.Y.) and Sen. Cory Booker (D-N.J.) have sponsored bulls in the House and Senate. Jones said lowering the threshold will “ensure that people of color, including Black people, cannot be discriminated against in the full range of commercial activity.”

Psaki added  Vice President Kamala Harris and Biden will take advantage of opportunities this week to “advocate for and push for use at every level of government to move those invitations [voting rights and policing reform] forward.”

In addition to blocking and stalling bills, Republicans are passing more election restriction bills. The Justice Department has filed a lawsuit against Georgia for its election restrictions bill that Gov. Brian Kemp signed into law earlier this year. However, legal experts consider it to be a long shot at best.

They're Back! All Six New Edition Group Members Headed on Tour, Now With New Management

Monster Hunter Stories 2: Wings Of Ruin Review – My Monstie And Me