Get to know more about one of Hollywood’s most elegant personalities, Bruce Willis

If we talk about elegance and flawlessness in acting, there are only a few bunches of names that might come up. One of those big names is Bruce Willis. There aren’t many masterminds that fully embrace their roles in action-packed movies.

This is because the action genre demands a lot of activity and mental strength from the actor. The roles always call for maximum responsibility to live up to the script’s reputation. However, there is one man who has aced the action genre and has a world of his own when it comes to perfecting action movie roles. The man undoubtedly is Bruce Willis.

Most of the Hollywood fan base know Bruce as John McClane, the main character from the amazing ‘Die Hard’ series. The Hollywood megastar has done more than 60 movies, which is quite a big achievement for any actor looking to build a legacy.

Bruce Willis was born on March 19, 1955, in Idar-Oberstein, Germany. His father, David Willis was an American soldier on military duty in Germany at the time.

After a couple of years, the Willis family moved to the USA. This was when Bruce’s father. David was discharged from the military. David had a total of four children, one daughter, Florence, and three sons, Bruce, David, and Robert who sadly passed away. You should know that Bruce is the eldest of the lot.

After his father’s discharge, Bruce and his family decided to settle in New Jersey where Bruce went to Penns Groove High School for theatre. He developed a small passion for acting and drama. Later on, he went on to Montclair State University to complete the rest of his education, which didn’t go according to the plan.

Bruce Willis had an unusual stuttering problem that ultimately got him the nickname of ‘Buck-Buck’ in school. However, he toned down most of his stuttering issues after he joined a drama club back in high school. This is where young Mr. Willis kick-started his acting career.

Bruce has a total of three siblings, all younger than him. He has married two times. His first marriage was with Demi Moore from 1987 to 1998. Demi gave birth to three of his daughters, Rumer, Scout, and Tallulah. After his separation from Demi, he got engaged with Brooke Burns, which eventually didn’t work out as the engagement was broken.

However, he settled on with Emma Hemings as the couple married in 2009 and are still going strong. They have had two daughters, Mabel and Evelyn.

When it comes to earning big in the industry, Bruce Willis is certainly not far behind from his fellow actors and actresses. Currently, the ‘Die Hard’ star has a net worth of around USD 186 million, which is expected to rise even more in the coming years.

This is quite evident as there has been an average 25 percent increase in his earnings in the past couple of years. Bruce has developed himself as a fine actor, a good producer, and a singer as well. His net worth clearly shows his skills in acting and business that keeps him rooted on the top of the popularity boards.

Apart from being a wealthy man in the industry, Mr. Willis also has a big heart especially when it comes to charity. If you are a fan of the Die Hard star, you would know about some of his generous contributions to numerous social organizations over the years.

As said before, Bruce Willis has been a part of more than 60 movies during his acting career. Some of his major hits include ‘Color of Night’, ‘Pulp Fiction’, ‘Look Who’s Talking’, and many more. He is also famous for making successful cameo appearances in a few TV series.

Apart from that, Bruce Willis has some other classical hits that you should know of. If you are a part of the Bruce Willis fan club, you would surely know about the ‘Die Hard’ series. There are other movies as well like ‘Armageddon’ Willis and “The Sixth Sense” for which he has been praised for. To top it off, Bruce Willis also has some decent music up on his sleeves and has released a few popular music albums too.

Before getting into acting, Bruce took up some odd jobs to support his education. He worked in a chemical plant during school and then worked as a security guard before going to college.

He got his first professional acting gig in a TV show called ’Heaven and Earth’. His next popular stint came in the ‘Moonlight’ series, where he started to get recognized. After this, he went on to do some of his best performances in movies such as ’12 Monkeys’, ‘Pulp Fiction’, and ‘The Fifth Element’. He was also a part of the star-studded cast of the ‘The Expendables’, a box office hit that made about USD 28 million.

Some of Bruce Willis’s major achievements include ‘The Hasting Pudding Man of the year award’, the Golden Camera Award by the Makanaki Brothers Movie, and the ‘Sour Apple’s honor’. He is also a part of the Hollywood Walk of Fame and later on got a star in the New Jersey Hall of Fame as well.

Over the years, Bruce Willis has become one of the topmost actors in the Hollywood film industry. He is often known as the king of suspense and action movies. Mr. Willis is an inspiration to many of his fans and is still going strong. 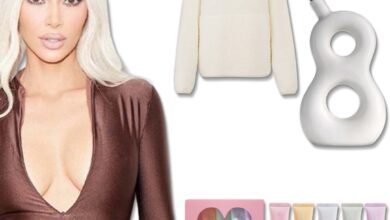