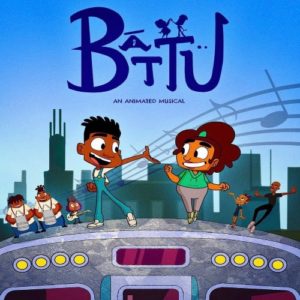 Chaz Bottoms’ successful Kickstarter-funded web series about a group of Black teens dancing in Chicago has been greenlit on Cartoon Network, Variety reported.

Related stories: MEET THE FIRST BLACK FEMALE CARTOONIST TO BE PUBLISHED IN THE NEW YORKER

Hiplet is a fusion of hip-hop and ballet that originated in Chicago and is the basis of the series as viewers get to know teen protagonists Otis, a laidback street hip-hop urchin, and Jada, a plus-sized up-and-coming ballet dancer, in their attempts to find acceptance.

The series, like the Kickstarter, will focus on themes such as courage, self-empowerment, inclusiveness, perseverance, and the power of friendship, Variety reported.

“Battu’ is unlike anything we have ever tried at the studio,” Sam Register, president of Warner Bros. Animation and Cartoon Network Studios, said. “This ambitious project brings together and celebrates two of our greatest storytelling mediums—animation and music. Matthew and Chaz are our perfect dance partners as we strive to tell authentic stories that both empower and entertain.”

“I grew up on a healthy diet of Cartoon Network shows and to be working with them on ‘Battu’ is a dream come true,” Bottoms said. “This project is my love letter to the city of Chicago, animation, and musicals.”

According to IMDb, Bottoms co-directed a short called The Indies: An Animated Short, another Kickstarter-funded film that raised $50,000 and aired on RevoltTV.

Cherry, who is known for directing and producing live-action TV shows like Black-ish and movies such as BlacKKKlansman,  is a breakout producer in the animation industry after producing a critically acclaimed short that empowers Black women to love their hair.

“Chaz is one of the most exciting young voices in animation and we are thrilled to be working with Sam Register, Nicole Rivera and the rest of the Cartoon Network Studios team to develop ‘Battu.’” Cherry said.

8 Cops Involved In Restraining Marvin Scott III, Will Not Be Indicted After His Death