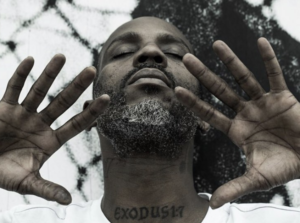 Fans reacted via social media following the official release of rapper DMX’s cause of death.

According to Hot New Hip Hop, an analysis of the rapper’s urine determined that cocaine was present in his body. He reportedly suffered a cocaine-induced heart attack. However, a coroner did not perform an autopsy. Police and medical professions listed a cause of death.

An identified person close to the rapper expressed that DMX was brain dead due to a drug overdose.

“His death literally happened immediately because the brain was dead,” explained the source. “So obviously, there were a number of days where he was on ventilatory support and so forth in the hospital. However, he was diagnosed brain-dead early on…He never woke up from [a coma].

The outlet also reported that despite prior speculation– DMX did not have COVID, nor was he vaccinated.

Fans on Twitter took to the social media site to express their grief. Many fans expressed that there was no need to release the results, and the rapper should be allowed to rest in peace.

I mean everyone already knew DMX struggle with cocaine addiction, so seeing that he overdosed without knowing the substance we already knew It. There was no need to post It

and then? let the man rest… dude had demons like us all… celebrate his life, not his vice

Let this man Rest please I don’t care how he passed. I just hope and pray he’s at peace and some how some way his family, fans and friends will find comfort in knowing he is. ????

His kids don’t need this kind of press, they have enough to deal with. RIP DMX

He was human.
Rest In Peace Earl.

DMX passed away on April 9.

Over 500,000 Sign Petition to Reinstate Sha'Carri Richardson for Tokyo Olympics