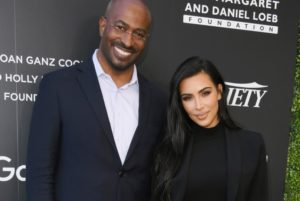 After his historic space flight, billionaire Jeff Bezos decided to gift a couple of his friends $100 million. And one of those lucky friends was Van Jones.

Bezos gave $100 million each to CNN political commentator Jones and chef José Andrés with no stipulations.

“They can give it all to their own charity,” Bezos said at a press conference after his trip to space. “Or they can share the wealth. It is up to them.”

The magnanimous award was given to those who demonstrated courage.

“We need unifiers and not vilifiers,” Bezos said. “We need people who argue hard and act hard for what they believe. But they do that always with civility and never ad hominem attacks. Unfortunately, we live in a world where this is too often not the case. But we do have role models.”

Jones is a recurring political commentator on CNN who made headlines for crying in 2016 when Donald Trump won the White House and also in 2020 when Joe Biden was elected as president. In between, he rubbed elbows with and helped Donald Trump formulate a police reform bill.

Besides that list of credits, he is also a co-founder of Dream Corps. According to its website, Dream Corps is a bipartisan organization that works toward police reform. Dream Corps also has a tech arm and green divisions.

“Lauren [Bezos’ partner] and Jeff don’t do nothing small, man, they don’t do anything small, they just don’t do it. They dream big, they love big, and they bet big. And you bet on me, and I appreciate it,” Jones said.

Speaking to CNN colleague Anderson Cooper, Jones said that Bezos had called him and told him of his plan ahead of time. He said that Bezos wanted to support his efforts to bring people together in spite of political affiliation and race.

There is no word yet on how Jones plans to use the money, but he did say the money is for him to give to others with a similar spirit.

Injustice: Gods Among Us Movie Announced

Afraid of Burnout? Here’s How to Build Up Savings Just in Case