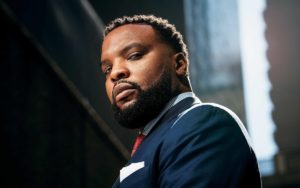 Lee Merritt, a civil rights attorney who has represented several families of men and women who’ve been shot and killed by police, is running for Texas Attorney General.

Merritt, who announced and launched his campaign Tuesday morning amid state Democrats leaving the state to fight against Republicans who are trying to pass a voting restrictions bill.

“Texas Republicans have launched an all-out assault on voter rights and civil liberties,” Merritt said in a statement, adding that incumbent Attorney General Ken Paxton and other GOP leaders are “blatantly attempting to turn back progress in the Lone Star State using the familiar tactics of voter suppression, divisive rhetoric and corporate money.”

I’m running against Ken Paxton to be the next Attorney General of Texas.

Are you ready to bring justice to Texas? Chip in here: https://t.co/Umu7erHbt1 pic.twitter.com/bQrWrosM6K

Merritt said hinted at running earlier this year, but didn’t make the official announcement until Tuesday on Twitter where he also posted his first campaign video. The Morehouse College alum is well known for serving as co-counsel to Ben Crump for George Floyd’s family. He also represented the family of Botham Jean, who was shot and killed in his apartment by off-duty police officer Amber Guyger.

In his video on Twitter, Merritt was4ted no time attacking Paxton, saying the attorney general “betrayed his oath” and “pledged his allegiance to Donald Trump.”

Merritt has also picked up his first endorsement. According to the Texas Tribune, Merritt has been endorsed by the Real Justice PAC, a national group that works to elect progressive prosecutors at the local level.