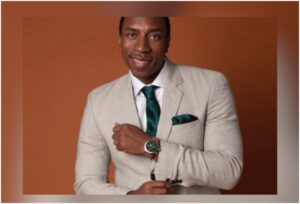 The wealth gap in the Black community continues to be a key factor in preventing progress in generational wealth among Blacks—but one man says his advice can help educate people enough to change that.

A. Donahue Baker is the co-founder and CEO of Money Avenue and is on a mission to help people create generational wealth through real estate acquisitions and entrepreneurial investment opportunities.

While there can be various meanings and definitions for what is generation wealth, Baker has his own definition and addresses the misunderstanding by many when it comes to identifying and trying to establish wealth.

“One of the misconceptions is that generational wealth is simply making sacrifices in your own personal life that it will benefit the next generation,” Baker told AfroTech.

Baker goes on to explain how he has implemented financial literacy in his day-to-day life.

“I have a three-year-old son, his name is Legacy and when he was two-years-old, through a trust, I was able to purchase a six-unit apartment building in north New Jersey. The building is fully paid for and it’s going to do two big things for him,” he continued.

“Number one, it’s going to pay for his college education in full by the time he reaches the age to attend college. Number two, let’s say he doesn’t decide to go to college, he will then have a monthly income which he can use to subsidize his living expenses or pursue whatever his God-given talents call for.”

Baker says ultimately when it comes to generational wealth,“ It’s really a system that can be passed on.”

Baker has sound advice and corporations are getting in formation too in a new effort to boost generational wealth within the Black community. In fact,  J.P. Morgan Private Bank recently launched the Diverse Wealth Initiatives.

Plans call for a new team of bankers and wealth strategists from JPMorgan Chase & Co.’s private wealth management arm to engage and support the high and ultra-high net worth of people of color across America. The initial focus will be engaging and supporting Black families and individuals. Read more here.