Robert Downey Jr or much better known as the Iron Man for his role as the superhero in the Marvel franchise is one of the most successful and rich actors in the world. We take a look at his filmography career, his success, along with a bit of insight regarding his personal life. We will also give you some of the most exciting and funny facts that you may not have known about Robert Downey Jr and his life.

The successful and great man, which is behind the famous Iron Man films was not always as successful, as we know him to be. He struggled a lot from childhood as his father, Robert Downey Sr, an actor and filmmaker was also a drug addict and introduced him to drugs from an early age. While Roberto Downey Jr kept appearing in several films made by his father, he was subject to a lot of criticism for both his performances and his personal life. However, his first big performance came in 1992 when he starred as Charlie Chaplin in Richard Attenborough’s Chaplin. He worked extensively for the role, learning how to play left-handed tennis and learning the violin and that earned him his first nomination for an Academy Award for Best Actor.

From 1996-2001 Robert Downey Jr was arrested multiple times on charges related to cocaine, heroin, marijuana, and went through several drug treatment programs unsuccessfully. He also went to jail for a year. Despite all these troubles, he recovered his personal life and career, successfully after the lows of 2001. This comeback saw him do many films like Gothika, Kiss Kiss Bang Bang, and several other films before he was cast in David Fincher’s Zodiac alongside a star-studded cast.

2008 onwards was when Robert Downey Jr’s career took off. He got the famous role of Iron Man in 2008 and did the well-received film Tropic Thunder, as well. Iron Man changed his career, completely and the expectations were that he would play a part similar to what Johnny Depp was able to play as Jack Sparrow in the franchise of Pirates of The Caribbean. This was fulfilled as the Iron Man franchise went on to gross over $580 million worldwide and Downey’s performance was considered the highlight. This opened multiple avenues for him to appear in two sequels of Iron Man and The Avengers franchise as well. He also accepted the famous role of Sherlock Holmes in Guy Ritchie’s Sherlock Holmes, alongside Jude Law.

He has gone on to appear in the comedy film Due Date and Love and Distrust, etc. All of these fantastic performances have allowed him to rack a number of awards and nominations in his career. He has been nominated for two Academy Awards, one each for Best Actor and Best Supporting Actor. He also won a BAFTA for his role as Charle Chaplin in Chaplin and has won two Golden Globe awards, as well.

Robert Downey Jr’s success has translated into great sums of financial benefits, as well. The American has appeared in films that have gone to gross over $14.4 billion! This is just one indicator of the success the actor has enjoyed in all these years. He was named as Hollywood’s highest-paid actor from 2013 to 2015 by Forbes. At the end of 2019, Forbes had him third on the list of the highest-paid actors in Hollywood. From 2016 to 2018, Robert Downey Jr pocketed $130 million from his filmography.

His role as Iron Man has led him to earn almost $350 million, with his two biggest paycheques of $75 million coming from Iron Man 3 and Avengers: End Game. Robert Downey Jr also earned around $15 million from his role in Sherlock Holmes and $12 million in Due Date. This has taken his net worth to be in excess of $300 million.

Apart from endorsements, Robert Downey Jr has a lot of real estate property that he has invested in. This includes a $4 million home that he has owned in Santa Monica since 2012, a seven-acre estate in Malibu worth $13.4 million, and several residential and commercial properties in Venice, California. Along with all these, he also invested in a beachfront home on Manhattan beach, a Pacific Palisades home worth $2.5 million and another house in Malibu. This takes his real estate portfolio to more $50 million.

Robert Downey Jr has done a lot of charity work in his life. He either supports or contributes to charities like Cahonas Scotland, Clothes Off Our Back, March of Dimes, Midnight Mission, and Motion Picture and Television Fund Foundation.

During the release of his latest film Dolittle, Robert Downey Jr explained how he has been trying to reduce his carbon footprint by adopting a vegan diet. This led him to open his own organization that focuses on reducing carbon footprints around the world using an advanced technology called The Footprint Coalition.

All You Need To Know About Bifold Doors 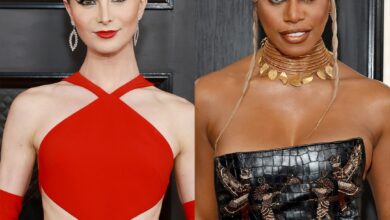