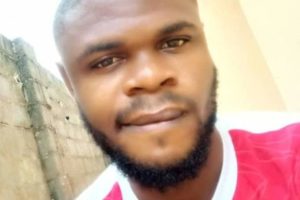 A Nigerian anatomy student recalled the traumatic experience when he realized the body of his deceased friend would be the one they examined in an anatomy class.

Enya Egbe recalled fleeing his anatomy class in tears seven years ago after being shocked by the corpse he was asked to work on, BBC reported. Now at the age of 26, Egbe penned a letter shared by Nigerian journalist Adaobi Tricia Nwaubani about the disturbing accounts surrounding the “unclaimed” bodies sent to the country’s medical schools.

Egbe was studying anatomy at Nigeria’s University of Calabar when he left the classroom screaming when he realized that the body his group was about to dissect was that of his late friend Divine, who passed away more than seven years prior.

“We used to go clubbing together,” he told me. “There were two bullet holes on the right side of his chest.”

Egbe informed Divine’s family, who had gone to different police stations searching for their relative after he and three friends were arrested by security agents during a night out. The family was eventually able to reclaim Divine’s body after learning it was being examined inside of schools.

Oyifo Ana, one of Egbe’s classmates at the time, recalled going out to console him after he ran out of class crying.

“Most of the cadavers we used in school had bullets in them,” Ana shared. “I felt so bad when I realized that some of the people may not be real criminals.”

She recalled one early morning before class when she had seen a police van loaded with bloodied bodies parked outside their medical school. The school had a mortuary attached to it.

The grim story highlights the lack of corpses available to medical students in Nigeria and what can happen to victims of police violence in the country.

“Nothing has changed 10 years later,” said Emeka Anyanwu, a professor of anatomy at the University of Nigeria. She co-authored a 2011 study that found more than 90% of the cadavers used in Nigerian medical schools are “criminals killed by shooting.”