The possibility of student loan forgiveness is on the horizon, so should you stop making payments on your own loans?

That depends, but let’s take a look at where things stand now:

So what does all this mean for you, the student loan borrower?

Depending on your loans and financial situation, you might actually be better off making larger payments right now… or none at all.

Do I Qualify for Student Loan Forgiveness?

If you’re a typical borrower in a non-public sector job, it’s unlikely you’ll qualify for student loan forgiveness. It’s likelier for some job- and income-specific groups — but if you’re banking on all student loans getting permanently wiped out, expect to be disappointed.

During his campaign, then-candidate Biden announced that part of his Emergency Action Plan for the economic recovery would include forgiveness of at least $10,000 in student loans for borrowers, plus additional relief for those who attended public colleges or historically Black colleges and universities.

But much of that proposal has never come to pass, including the student loan cancellation.

Some groups have been pressuring the Biden administration to wipe out some or all of the $1.7 trillion outstanding student loan debt. And there are plenty of other factions who aren’t in favor of forgiving student loans at all.

However, one thing that is certain right now is that federally held student loans are in forbearance. Interest rates are automatically set to 0% and all payments are suspended.

Forbearance was originally part of the Coronavirus Aid, Relief, and Economic Security Act — aka the CARES Act — passed in March 2020 and extended a few times to its current deadline of Aug. 31, 2022.

So with forbearance a sure thing and forgiveness a possibility, should you be making payments on your student loans? Let’s look at the factors that can help you decide.

Before you start celebrating that your student loans are going to disappear, let’s do a reality check and figure out how forgiveness might affect you.

1. Should You Make Payments If You Have Both Federal and Private Student Loans?

If you have a mix of private and federally held student loans, your best strategy may be to use the money you’d normally pay toward federal student loans to pay off more of the private loans that are still actively accruing interest.

If you have private student loans, these loans are not covered by the administrative forbearance period and there’s almost zero chance they’ll be wiped out by a mass forgiveness.

2. How Could Your Balance Be Affected by Student Loan Forgiveness?

If you owe more than $10,000 in student loan debt, you should aggressively be saving additional money to chip away at the balance. Even if $10,000 in forgiveness is on the horizon, you’d still be responsible for any remaining debt over that limit.

But that doesn’t necessarily mean you should be writing checks every month, for now. It might not earn you much in interest, but if you can put the amount that you plan to pay toward your student loan in a high-interest savings account, you can withdraw it as the forbearance deadline approaches and pay off as much as you can of your student loan principal.

If you have less than $10,000 in student loans? Then it might pay to wait out the forbearance period, since forgiveness could potentially be approved in this time period.

However, you should continue to set aside the extra amount you would’ve paid and make the lump sum payment at the end of forbearance — if forgiveness doesn’t end up panning out.

3. What Should You Do if Your Loans Were in Default Before the Pandemic?

The latest forbearance extension included an important change for those borrowers who were in default when the pandemic began: The government will allow delinquent borrowers to re-enter repayment in good standing so they won’t have to anticipate collections activities resuming — including garnished wages and tax refunds — as the deadline approaches.

This is not the time to wait it out. Reach out to your loan servicers now, particularly if your income has changed during the pandemic. Ask about income-driven repayments plans so you can be ready to resume payments when the forbearance period ends and avoid ending up in default again.

If widespread student loan forgiveness becomes a reality, it can be a welcome surprise for you. But since you previously had issues with making on-time payments, forgiveness should not be part of a realistic financial strategy. Start planning now to make payments.

If you default on student loans again after forbearance ends, the loans can be sent to collections, and your wages, tax returns and Social Security benefits may be garnished up to 15% for repayment.

4. Should You Wait for Student Loan Forgiveness if You’re on the PSLF Track?

If you’re pursuing Public Service Loan Forgiveness — you have a direct loan, you’re on an eligible repayment plan and you work for a qualifying employer — then you can and should take advantage of the relief period by making no payments.

Those zero-dollar payments still count toward your total to earn forgiveness, and if your loans happen to be forgiven during this period, all the better. In fact, the Department of Education announced in January that up to 550,000 borrowers will see “accelerated forgiveness” of their loans.

But if you’ve lost your job or have had your hours cut to less than the 30-hour minimum, your non-payments will not count toward forgiveness (but you still don’t have to pay while in the forbearance period).

PSLF does not require consecutive payments, so you can still pause on payments if you think you’ll return to your non-profit or public sector job.

However, if you think it’s unlikely you’ll get eligible employment again, you may want to take advantage of the forbearance period to start paying on the loan. At the very least, you should update your income (if you’ve lost your job) on your income-driven repayment plan.

5. How Does Your Degree Affect Your Chances for Forgiveness?

If you have loans that you took out to get an advanced degree, don’t expect to benefit from any type of student loan forgiveness.

“People with advanced degrees are unlikely to get mass forgiveness, if any forgiveness, from the government because you’re seen as part of a society that has greater upward mobility,” said Steve Muszynski, the founder and CEO of Splash Financial, a student loan refinancing marketplace.

Although undergrad loan debt may still be eligible for forgiveness, your graduate Plus loans are less likely to be included in a forgiveness plan. They’re also likely to have higher interest rates, which means the forbearance period is a good time to be putting a dent in that debt.

However, as with all federally held loans, you’re still likely better off holding onto them rather than refinancing into a private loan, according to Betsy Mayotte, president of The Institute of Student Loan Advisors, a non-profit organization that offers free student loan advice and dispute resolution assistance to borrowers.

Besides the income-driven repayment plans and forgiveness programs already out there, you’ll lose out on this interest-free period.

“I’m running into a lot of people right now who are kicking themselves because in the last couple years they did refinance their federal loan into private,” she said. “Now they can’t get the 0% and if [the government] does forgiveness, it’s not going to happen for them.

“They’re begging for a way to take it back, and you can’t.”

6. How Close Are You to Retirement?

If you’re nearing retirement and paying on student loans — whether it’s your own loans or those you took out to pay for your kids’ education — forgiveness may potentially help you wipe out some of your loans. Focusing on saving as much as you can for retirement may be the better bet during this forbearance period.

“Retirement should always come first as far as deciding where your money goes,” Mayotte said.

But solely relying on forgiveness is probably not the best strategy, especially if you have more than $10,000 in loans or took out loans to get an advanced degree. In that case, you should start preparing for a future with a fixed income by aggressively paying off the student loan debt and looking into an income-driven repayment plan.

“Understand that you might be 80 years old when the loan is finally gone but at least the payments are going to be affordable and [they’re] not going to change,” Mayotte said.

7. What Does the Rest of Your Financial Situation Look Like?

All of these strategies for getting the most bang for your buck may not mean much if you’re struggling to pay the bills. If you are in a situation where you need the money to pay for your basic needs, take advantage of the forbearance period to get yourself back on your feet and to start building an emergency fund.

What Should You Do While You Wait to Find Out What Will Happen With Student Loan Forbearance?

1. Find out who your loan servicers are and how much you owe. Do it now — some servicers dropped out during the pandemic and you’ll want to make sure your lenders have your updated contact info. You can call the Federal Student Aid Information Center at (800) 433-3243 and check out this guide to help you get organized.

2. Determine if you can make the payments when they are set to resume. If not, sign up for an income-driven repayment plan. Do it sooner rather than later, as there will likely be a lot of people trying to apply — and potentially overwhelming the system — as the deadline approaches.

3. Make payments to yourself. Save up what you would’ve used for payments for now. If the forbearance period is not extended again, make a lump-sum payment toward your student loan prior to the deadline. That way, you’ll receive credit for paying down any principal amount before interest starts accruing again. If the forbearance period is extended again, keep holding onto your money. If your student loan does get canceled, you’ll have a nice chunk of change to spend on a house down payment, shore up an emergency fund or invest for even more earnings.

4. Even if forgiveness happens, you still might owe money. The federal government could decide to tax any amount that’s forgiven on federal student loans. Save your money now, just in case.

Tiffany Wendeln Connors is a staff writer/editor at The Penny Hoarder. Read her bio and other work here, then catch her on Twitter @TiffanyWendeln.

What is a Pell Grant – And How Do You Apply? 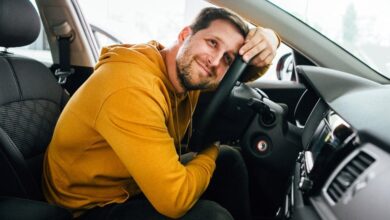 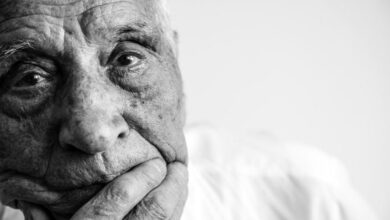 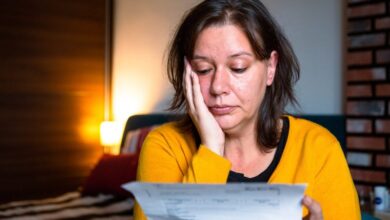 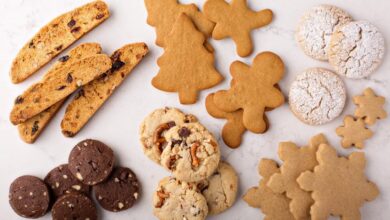 Save Time and Money with a Holiday Cookie Exchange