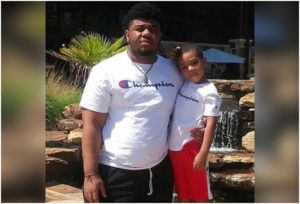 A teen in Macon, Georgia, tragically died after collapsing during football practice.

Joshua Ivory Jr., 15, was a team member at Southwest High School was practicing before he collapsed at around 6 p.m. on Monday, reported 13WMAZ.

The teen was transported to the hospital and pronounced dead later in the evening.

Monday was the first day of practice for teams across the state of Georgia. The protocol in place is for players to practice in helmets and shorts for five days in order to get used to the heat before they can practice in full gear. It was about 97 degrees in Macon on Monday.

Deaths among teen football players, while not an everyday occurrence, still happen too often. Many states do not have an adequate heat safety training plan in place. With temperatures rising above average year after year, the risk of heat deaths among athletes also rises.

Ivory’s coach noticed that he was in distress and immediately sprang into action, according to the county Athletic Director Barney Hester. He said that emergency services arrived within five or six minutes to assist the teen and that the coaching staff did a good job handling the situation.

Ivory’s principal, A. Bernard Young, issued a statement in honor of the young man who seemed to have a lot of promise and would have turned 16 in the fall.

“Joshua was a wonderful young man full of promise and zeal. He had an infectious smile and a very kind heart. He enjoyed sports and spending time with his family. Joshua’s personality made it easy for him to make a great impression and huge impact on his teammates, coaches, and the entire Southwest family. He was one of a kind. A great example of a Southwest High School Patriot,” he wrote.

Counselors have been made available to students and practice was canceled on Tuesday to review how practices will be conducted in the future.