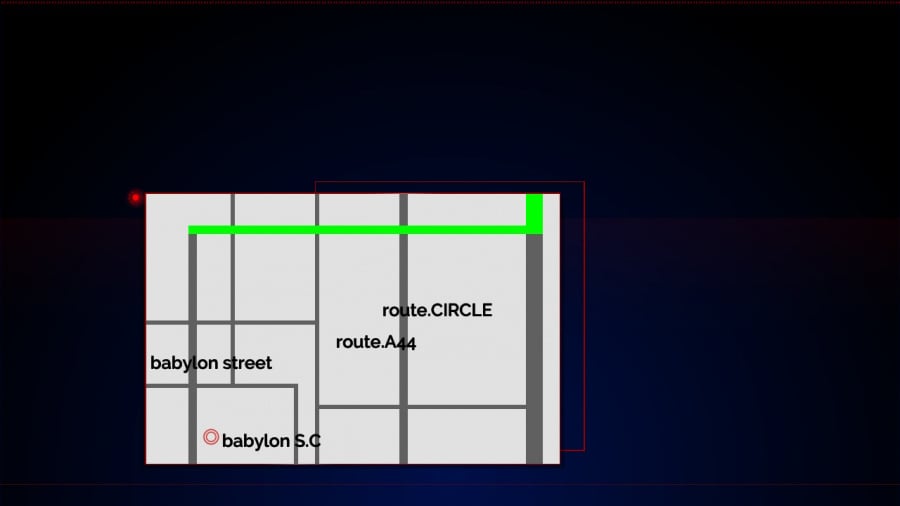 Every now and again, we review a game that’s just absolutely no fun. The review process can sometimes be a bit of a drag — we know, complaining about a job where you play games for a living is like being annoyed that your career as a biscuit taster is making you put on weight — and unfortunately, The Silver Case 2425, a two-in-one adventure visual novel, is one of those games. With 30+ hours needed to beat the game, that would be enough, but we found this double-pack of games is an absolute slog to get through. Playing them made us want to poke out our eyes with a hot spoon, and we need those eyes to do our jobs.

BUT — and there’s a massive ‘but’, here (teehee) — we also need to make a little disclaimer. You see, this is a Suda51 game, and ‘obtuse’, ‘irritating’, ‘painfully slow’ and ‘hard-to-follow’ are kinda his thing. If you’re into his games, you might adore this but Goichi Suda’s style doesn’t appeal to everyone, which apparently includes this reviewer. Your mileage may vary, but here’s how we fared, at least.

Suda51 is a well-known name to people who like their games surreal and darkly comedic. His projects at the studio he co-founded, Grasshopper Manufacture, include No More Heroes, Lollipop Chainsaw, Flower, Sun, And Rain, and Killer7, almost all of which can be summed up as “divisive cult favourites”. That’s Suda’s M.O.: making games that are weird, uncomfortable, but ultimately compelling for people who are willing to stick it through any nonsense to get to the good part. The Silver Case — the first part of this two-part release — was Grasshopper Manufacture’s debut game. This is pure, undiluted Suda. 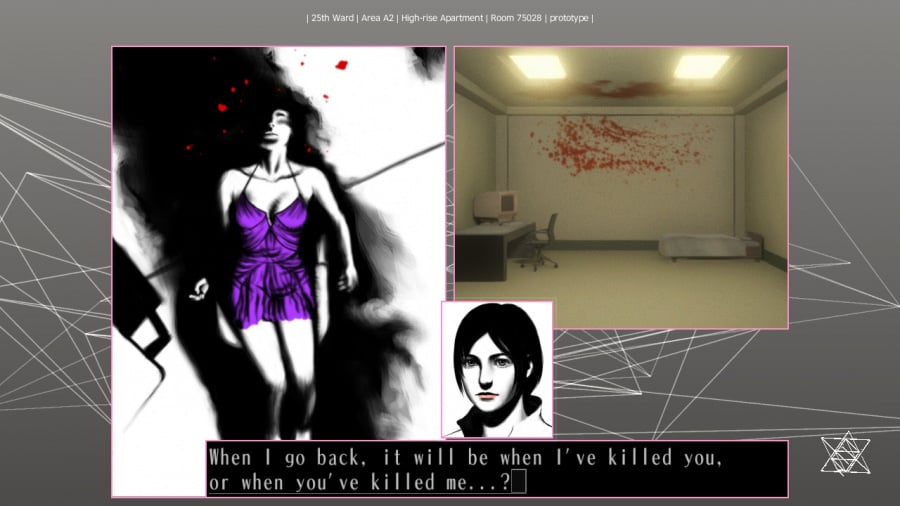 The Silver Case is, at its heart, a murder mystery investigation, which may entice fans of Ace Attorney or Danganronpa, except that The Silver Case shares almost no other DNA with them. There’s a serial killer on the loose, and you’ll play alternately as a rookie detective locked in a catatonic state, and an investigative journalist who’s trying to get an interview with just about anyone who can tell him what’s going on. The former, whose canonical name is “Akira” but can be named anything, is a mute protagonist, being dragged around by other hardboiled detectives to various crime scenes, which seems a little cruel. The latter, Tokio Morishima, spends almost all of his time in his tiny studio apartment, either reading emails or talking to his pet turtle.

The story is told largely in the present, with occasional flashbacks, weird visions, FMV scenes, and bits that seem like your brain has been hacked, in which creepy figures drone phrases like “HELP ME HELP ME HELP ME”. Every now and again, the text will be broken up with an investigative scene, which usually involves walking with the D-pad until you figure out which particular input will advance the plot.

The interface is weird, artistic, abstract, and distracting; shapes cascade across the screen, the text and the speaker portraits jump around seemingly at random, and the actual visuals are relegated to a small window. It’s kind of cool, sometimes, but most of the time it’s visual clutter that only serves to give you a headache. In fact, that’s what it reminded us most of: an ocular migraine. 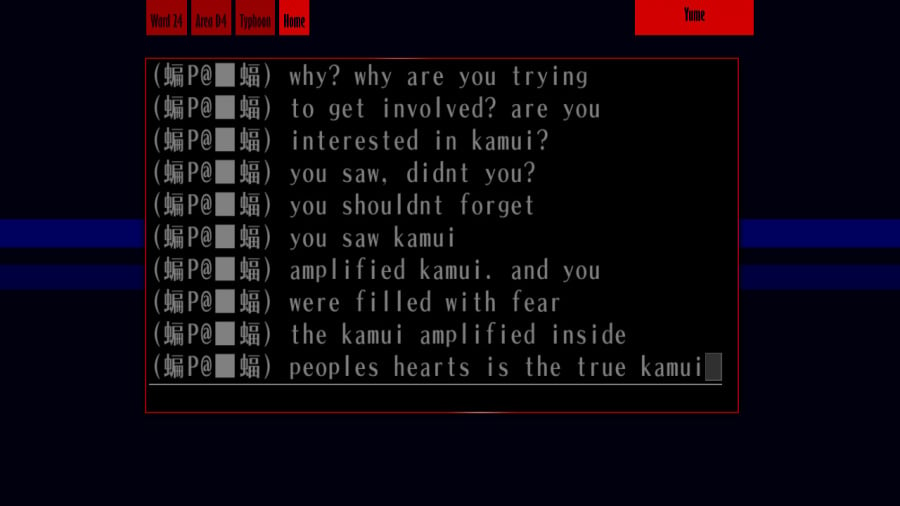 To cut to the chase: large swathes of The Silver Case are tedious, lengthy, and feel more than anything like busy work. You’re usually either reading through poorly-written or poorly-translated (or both) dialogue, which often veers off into pseudo-philosophical diatribes or entirely irrelevant, occasionally sexist rants, or you’re stuck knocking on every single door in an apartment complex until the game decides that you’ve wasted enough time and now you get to see the rest of the story. At one point, you have to sit through a 100-question trivia quiz that ranges from “who was the victim” to questions about movies, video games, and politics. It has no bearing on the story.

It doesn’t help that the interface is bonkers, too. Moving and interacting are done by selecting separate inputs, which means you’re constantly going back and forth from menu to menu to get things done. Occasionally, the game will expect you to know that you’re supposed to do something specific, like looking up or talking to a specific character while facing a specific way, without ever telling you that. You can get stuck for AGES in a scene because of this.

The story is occasionally interesting behind these layers of obfuscation, but it’s hard to tell. There are so many characters, all of whom love swearing and going off on tangents; the actual intrigue with all the twists, reveals, and secrets is often relegated to the most boring way of portraying it possible, like someone uninterestedly recapping a huge plot twist via email, or a character dying suddenly, and everyone in the room acting a bit annoyed that it happened. It’s remarkable how The Silver Case manages to turn something horrifically dark and intriguing — a serial killer whose crimes are so messed up that they put you into a catatonic state — and turn it into something more closely resembling paperwork with the world’s most jaded and unimpressed detectives. 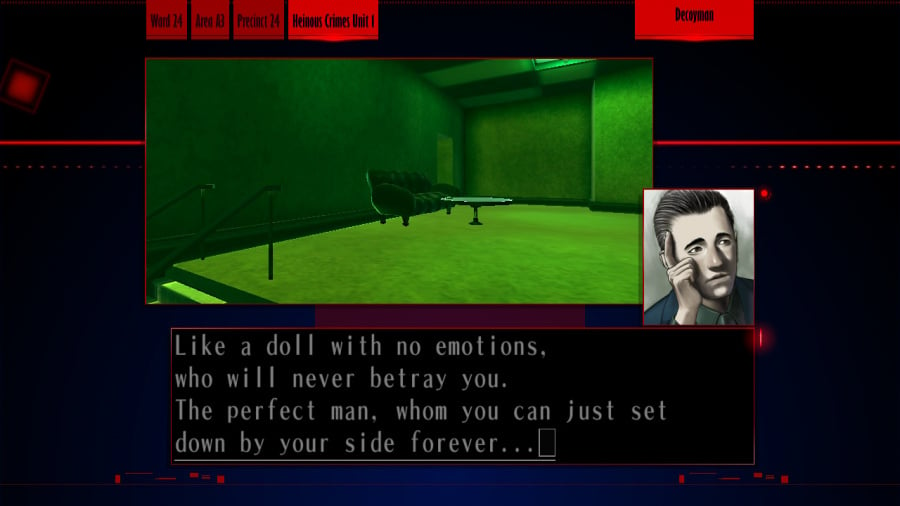 But one of the most egregious things that this game does is that you can’t actually save the game for most of it. At least, as far as we can tell, and we tried our darnedest to figure it out — it seems like you can only save in the sections where you have the interactive menu available, which is about once every 30 minutes at least.

Moving and interacting is now done by selecting a face on a four-sided die, for some reason, and the same busywork is present here, too. Scenes go on for ages, or end abruptly, and you’re often expected to figure out what to do next by endless, repetitive trial-and-error. This would be bad enough, but the interface is so fiddly and hard to use: it’s like trying to write a letter with Scrabble tiles and forks for hands — unnecessarily difficult and pointlessly abstract. 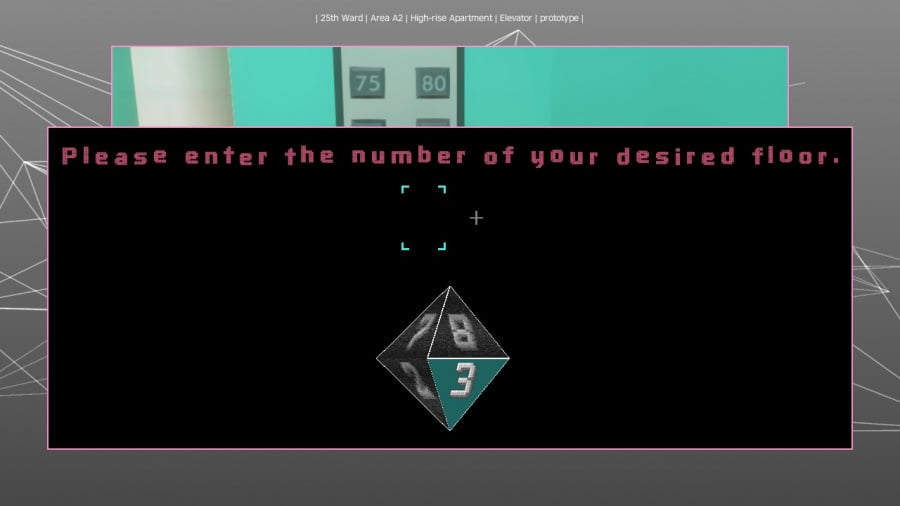 To sum up, we just did not enjoy a single second with either of The Silver Case’s games. There were points where we accidentally lost a ton of progress because the episode-select screen was so confusing; the thought of having to replay hours and hours of dry, swear-filled, clunky text made us want to throw our Switch out the window and change to a more relaxing career, like stunt driving.

But the whole time, we couldn’t help thinking: lots of people love Suda51! They will probably like this game! You should give it more of a chance — partly so you can find out why people love the games, and partly so those Suda fans don’t yell at you in the comments!

But we just couldn’t do it. There wasn’t a second of this game that wasn’t tedious, weirdly-paced, frustratingly obtuse, or hard to follow. But listen: if you’re a Suda51 fan, there’s not much point in you reading this. You know what you like. This might be it, even if we didn’t like it at all. We just wish we could see what you see.