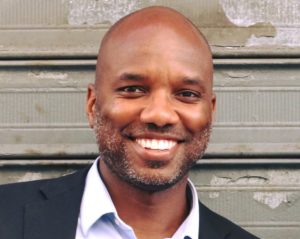 It’s no secret that the influx of Black creatives using Clubhouse, a voice-chat social platform, has made it a phenomenon with a valuation of about $1 billion.

Ayinde Alakoye, a former speech contributor and message advisor to Barack Obama during his 2008 Presidential campaign, understands the power in the collective community of Black folks. Therefore, Alakoye decided to use the Black voice to prompt change by creating a live audio platform called Nēdl, according to a recent interview with AfroTech’s Green Tech Money podcast.

“This is a product that is founded by Black people to give Black voices a platform,” Alakoye said to Will Lucas during the podcast interview.

The serial entrepreneur is giving creatives who sign up for a live audio platform called Nēdl (as in, ‘the haystack’) a chance to experience having their “own live radio station instantly.” The product provides a unique URL equipped with SMS alerts, the ability to take callers, and more, according to the interview.

“If anyone can create a product for everyone, it’s us,” said Alakoye. “And so that’s what we’ve done with Nēdl, we’ve actually created a product for everyone that uniquely speaks to our needs as Black people to have access to the mic for the first time, in a really unfiltered way and also totally serves the broader audience in every way as well.”

People ask me what the difference is between @nedlapp and CH. It’s simple. We are the inclusion app where every voice is welcome and our patented technology lets our users stay safe and discover content without limiting the firehose.

The founder and CEO of Nēdl told the outlet that words can be transcribed, amplified and monetized “as they’re spoken.” According to information provided on Nēdl’s website, it is “the first social audio platform in the world to provide live transcripts that make audio accessible for everyone.” Additionally, listeners may listen to voices, even if the app has not been downloaded.

Nēdl seems to be gaining traction. According to Republic, which is an investment platform,  Nēdl is “1 of 12 startups in Google’s inaugural Voice AI Accelerator” and $1.6M has been raised thus far.

What does Alakoye know about building apps? A lot. He is the creator of “iHeartRadio’s mobile app,” according to Republic.