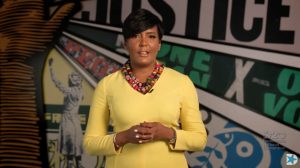 Move over, Los Angeles! For those interested in pursuing a career in video production, Atlanta might be the city for you.

The new program is a partnership with United Way of Greater Atlanta and The Georgia Film Academy (GFA), with counsel from Bloomberg Associates.

It targets underserved Atlanta residents and provides them with a free full-time training program in production assistant work. Applications are currently being accepted into the program that kicks off on Oct. 4 at Junction 2800, a multipurpose community center in Southwest Atlanta.

“The City of Atlanta is dedicated to nurturing diverse, homegrown talent for a thriving film and television industry,” Atlanta Mayor Keisha Lance Bottoms said in a statement.

“Atlanta is host to some of the largest productions in the world and this program will give our residents more opportunities to participate.”

The new program aims to serve unemployed and/or underemployed Atlanta residents with career pathways in the highly competitive film industry. The inaugural class will include 15 students but has plans of expanding to two groups each year with up to 25 students each.

It will last four weeks and will include curriculum and instruction from The Georgia Film Academy. The tuition-free program requires no previous production experience for applicants and will help students gain entry into the film industry post-completion. Students will be supported as they seek employment by providing alumni resources, mentorship, and job placement.

The program comes as Atlanta continues to be a new leader in the film industry, with massive box office hits filmed in the city. Major productions filmed in Atlanta in recent years include Marvel Studios’ Black Panther, Captain America: Civil War, and Spider-Man: Homecoming, Netflix’s Stranger Things, and AMC’s The Walking Dead.

To qualify for the program, an applicant must be an Atlanta resident 21 or older, be underemployed or unemployed, and have a valid driver’s license. More details can be found HERE.

Young Souls Review – Dungeon Brawling With The Best Of Them