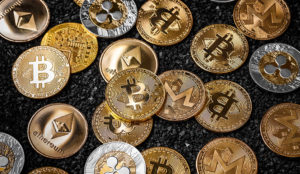 According to a USA Today/Harris poll conducted earlier this summer, among the LGBTQ community, 25% own cryptocurrencies, along with 23% of Black Americans and 17% of Latino Americans. Just 11% of the white population own cryptocurrency.

The study also found a significant portion of Black (43%) and Latino (39%) Americans felt the banking and loan industry was unfair in how it treated them. Additionally, more than half of Black (58%), Latino (66%), and LGBTQ (59%) Americans surveyed say they don’t feel welcome in traditional financial institutions.

Those surveyed describe traditional institutions as “not meant for people like me and believe cryptocurrency as a way to build and attain wealth. Harris Poll CEO John Gerzema supported the feeling.

“There has been a long history of discrimination in investments,” Gerzema told USA Today. “And that could be why we have seen a wide demography of interest and inclusivity in crypto—because it’s new, open and seemingly has fewer barriers to entry.”

Since cryptocurrencies such as Bitcoin do not have a central body watching over their operations, it sets them apart from stocks and bank accounts that are easier to track due to government and laws.

Now, some digital payment providers like Square are working to educate more marginalized groups about finance and cryptocurrency.

Although it’s becoming more popular and can change the futures of some, cryptocurrency does come with its issues. For starters, the value can swing wildly. In April, Bitcoin hit a high of $63,729 for one coin. However, today that value is now $50,000 and in June fell below $30,000.

Also, users can be victimized because there’s no central body, and cryptocurrency providers can tailor the situation to their advantage.

More than 600 users of the cryptocurrency exchange Binance in a dozen countries hope to use international arbitration to get their money back after the site crashed on May 19. As a result, traders were unable to move their funds as the price of cryptocurrency fell significantly.

Binance only allows arbitration through the Hong Kong International Arbitration Center. To get a hearing, they must first pay $65,000, and Binance’s terms of service states people can only arbitrate individually.