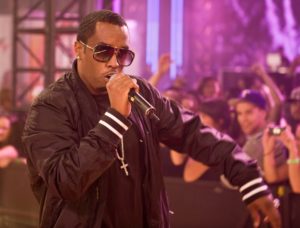 Sean “Diddy” Combs is known for moving fans through his music, but this time his supporters were moved to mock his motivational speech about how crawling creatures compelled him to live his best life.

The 51-year-old rapper faced off in an Instagram post sharing secrets of his successful hustle to live fabulously with an infinity pool as his backdrop while munching on a mango. But he admits that the road to living a champagne life was peppered with roadblocks and roaches.

“One day when I was growing up, I woke up and there was 15 roaches on my face. At that moment I said hell no, I refuse to live like this. Work hard, believe in your crazy dreams… AND NEVER SETTLE! #LOVE,” he wrote in a post.

“You can do it. You can be whoever you want,” he said in a video.

“You can be eating mango too, with the ocean as your backyard. I ain’t special,” he continued. “I just want it bad, you feel me? I will not allow myself to not have mango. I hustle hard, you know what I mean?” he said before jumping feet first into an infinity pool.

The Bad Boy Records hitmaker has made millions from his music as a rapper and producer and has a number of multimillion-dollar business ventures that have earned him a place on Forbes’s richest celebrities in 2020 with a net worth of $55 million.

On Wednesday, however, the “Shake Ya Tailfeather” music maker shook up the internet and his “15 roaches” on his face admission turned into funny viral memes on Twitter. Check them out.

The roaches on Diddy face pic.twitter.com/HE1rsJTsku

The roaches headed to chill on diddy face while he sleeps like pic.twitter.com/Z8U4Yo14MX

The roaches leaving their job to jump Diddy for speaking on them pic.twitter.com/WlgCBlv1rv

All due respect to Diddy, anyone with more than three roaches on his face is too busy swatting and screaming to get an accurate count.