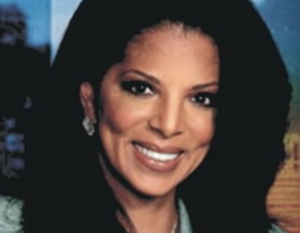 Allison Payne, former WGN-TV news anchor, has died at the age of 57. WGN-TV confirmed the news on Friday (September 10). Payne passed away in her hometown of Detroit on Wednesday, September 1.

Damn. Just got the news that longtime @WGNTV anchor Allison Payne has died. She was 57. Allison was a sweet, kind woman; a great anchor, who had an adorable smile. She suffered a lot of health issues the last several years. Gone so soon. pic.twitter.com/h7VoAB2KHq

Payne worked as a WGN anchor for 21 years. She was hired in 1990 and quickly built a reputation for herself as one of Chicago’s most influential journalists. Payne was a role model for many young women in Chicago who saw her presence as a representation of what was possible.

“I am heartbroken over the death of Allison Payne,” tweeted Afua S. Owusu, Chicago broadcast journalist. “For 21 years she was theee face of @WGNNews for me, a little black girl living in Bolingbrook, IL. My parents moved my bedtime to 9:30pm so that I could watch the nightly news with @AllisonPayneTV & Steve Sanders.”

I am heartbroken over the death of Allison Payne. For 21 years she was theee face of @WGNNews for me, a little black girl living in Bolingbrook, IL. My parents moved my bedtime to 9:30p so that I could watch the nightly news with @AllisonPayneTV & Steve Sanders. (1/3) pic.twitter.com/ljjyy1PLBr

A Glimpse Into Allison Payne’s Career

During her career, Payne won nine Emmy Awards for her outstanding on-camera reporting. She co-anchored the primetime newscast and WGN Midday News. Payne covered a number of groundbreaking stories during her career, including traveling to Kenya to trace the family roots of former President Barack Obama. She also reported on Jesse Jackson’s peace agreement between Israel and Lebanon.

In 2011, Payne parted ways with WGN. According to the channel, Payne experienced a series of health issues prior to her departure.

In 2012, she shared a video on her Twitter page announcing her new adventure: the Foundation for Excellence in Journalism. This program was designed to help aspiring journalists learn the ins and outs of the business.

Payne was known as an outstanding speaker, journalist, and mentor. She called Chicago home for several years and played an active role in community initiatives.

The exact cause of her death has not been reported. However, reports show that Payne previously suffered a series of mini-strokes and was treated for depression.

“This is a severe loss for Chicago journalism,” Chicago Tribune political reporter Rick Pearson tweeted. “Allison was my friend. We respected each other. She helped inform me about the Black community. We co-hosted a governor’s debate. We shared good times and bad times and just spoke about a month ago. This hurts.”

The Analogue Pocket Has Now Been Delayed Until December