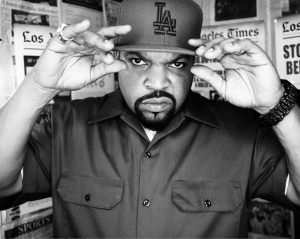 If it wasn’t for a missed opportunity to gain revenge, there might have never been a hip-hop group named N.W.A. or a successful rapper turned Hollywood executive who goes by the moniker Ice Cube.

“Somebody I knew and went to school with, um, who we knew was, uh, heavy on drugs, had went around to my house and gave my mother some cockamamie story, so she gave him $20, and I was so mad. You… you violated me and my family because you knew, you know, you wasn’t ever going to give that $20 back,” Ice Cube explained.

“So, um, me and friends was going around the corner to kill him, and, um, he wasn’t home. So, thank God. Thank God he wasn’t home. We were young and we was mad and we had a weapon and it was going to happen. It would’ve been stupid, and I wouldn’t be sitting here if it did happen.”

That is some real tea right there!

The successful entertainer was also asked about the death of his sister, who was murdered when he was only 12 years old and how it affected him.

You can check out the clip below: