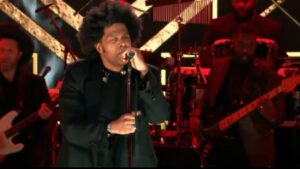 After coming together to speak out on behalf of independent Black concert promoters in the midst of a industry-wide shutdown last year, the Black Promoters Collective has officially launched as a business entity.

A coalition of industry vets with a combined 40 years of experience with producing live shows, the BPC said in a press release that its mission is to put urban music back in the hands of Black promoters by raising the profile of African American event producers.

The BPC will do so by taking on its own large scale shows and tours as it works towards becoming the world’s leading provider of culturally relevant live entertainment experiences.

“Many of today’s most successful urban artists were first supported by Black promoters,” explains CEO Gary Guidry. “As they [grow] in popularity, the very promoters who gave them what might have been their first break, are often left behind. As a collective, we are reprogramming the perception of Black promoters and making space for others to do the same.”

The new company’s first project that end is Maxwell‘s newly announced US concert series, “The Night Tour,” which will be supported by singers Joe and Anthony Hamilton.

“We look forward to this lucrative partnership with Maxwell,” said BPC president Shelby Joyner. “As a coalition of the world’s premier black promoters, we will continue to use our expertise and connections to work with both emerging and premier talent to elevate their platforms and bring top-tiered live entertainment experiences to music lovers nationwide.”

According to Pitchfork, Maxwell announced the 2022 tour in mid-November, along with a new single signaling his forthcoming album, blacksummers’NIGHT. The project, completes a trilogy which started with BLACKsummers’night and continued with blackSUMMERS’night, Maxwell’s most recent LP, in 2016.

The album will arrive nearly three years later than the original 2019 release date the crooner announced with the release of his 2018 single “Shame.”

The Night Tour is set to kick off in Dallas, Tx. on March 2nd and will end in Miami on May 8th, with stops in Atlanta, Chicago, Los Angeles, New Orleans, New York, D.C. along the way.

Too Blessed To Be Stressed! Journals & Self Care Guides For Black Women

3 Ways to Save on Medicare as Premiums Rise