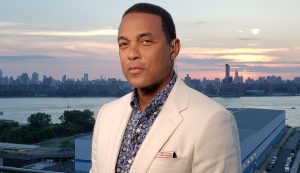 The man accusing Don Lemon of sexually assaulting him in 2018 claims the CNN anchor offered him $500,000 to settle things privately.

On Monday, Accuser Dustin Hice appeared on The Megyn Kelly Show and made new claims against Lemon, saying the news anchor offered to pay him to stay silent.

“He’s made three separate attempts almost at a half a million dollars to try and get me to be quiet, but my silence can’t be bought,” Hice REVEALED.

Hice accuses Lemon of assaulting him at a bar in Long Island in 2018. In August 2019, Hice moved forward with filing a lawsuit against the CNN star accusing him of assault and battery, Radar Online reports.

“[Lemon] put his hand down the front of his own shorts, and vigorously rubbed his genitalia, removed his hand and shoved his index and middle fingers into Plaintiff’s mustache and under Plaintiff’s nose,” legal documents said.

The accuser notes Lemon’s alleged drunken behavior at the bar as a possible “pattern” into how the TV journalist behaves behind the scenes.

“Anybody that acts like that in public without any fear of what it might do to somebody or the consequences it might have, that’s a pattern,” Hice said. “I wouldn’t be surprised. He’s protected by the fact that he’s African American, gay man on television and I’m just some nobody.”

Hice says he is not after money from Lemon and instead wants to get some peace back into his life after allegedly being violated by the CNN Newsroom Live host.

“This isn’t about me trying to get money… At this point, I just want my life back,” Hice said. “I don’t see any kind of settlement happening without an admission of guilt or an apology, but I seriously doubt with his ego and pride that’s going to happen.”

Hice believes CNN’s silence on the allegations has painted him out to look like a liar.

“Their comments have influenced people to the fact where they’re calling me a liar, and there are many other websites that have taken their words and formulated their own narrative on who I am and what I’ve done and what I’m looking for – my intentions here,” he said.

“The plaintiff in this lawsuit has previously displayed a pattern of contempt for CNN on his social media accounts,” an August 2019 statement said. “This claim follows his unsuccessful threats and demands for an exorbitant amount of money from Don Lemon.”

Grab A New Spirit In Smash Bros. With Your Monster Hunter Stories 2 Save File