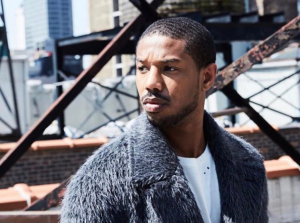 Michael B. Jordan is reportedly working on a limited series that highlights a Black Superman.

Screen Rant is reporting that the Black Panther star is working on a Val-Zod version of Superman. The Val-Zod Superman is a Black Superman from Earth 2.

Author Ta-Nehisi Coates (Between the World and Me) and director-producer JJ Abrams (Star Trek) were initially tapped to develop a new Superman movie that was supposed to bring the character into a more modern image. That announcement was made back in February.

At the time, Jordan had reportedly met with Warner Brothers and DC Comics to discuss taking on the lead role.

However, Collider reported that Outlier Society, Jordan’s production company, has hired a writer to start work on the Val-Zod script and that Michael B. Jordan will produce the series for HBO Max. There is some speculation that he may also star in the production.

Jordan has already denied rumors that he would star in the Abrams/Coates Superman movie.

“I don’t really have anything more to kind of give on that, other than it’s just flattering and I appreciate it. Whoever they get and if it goes that way, I think it’ll be an interesting thing to see,” he said.

According to Black Girl Nerds, Jordan had concerns about “racebending” Superman–in other words, making the traditional character Black for the sake of diversity takes away from the characters who were traditionally written as Black people.

Val-Zod was created by Tom Taylor, Nicola Scott, and Robson Rocha. He is the last of the Kryptonians, orphaned after the Krypton government executed his parents, and the successor to the first Superman. He and Calvin Ellis are two Black characters under the DC Superman umbrella.

In the meantime, Michael B. Jordan isn’t lacking for work. He’s starring and directing in Creed III.

Round Up: The Reviews Are In For NEO: The World Ends With You