Misha’s Kind Foods is a plant-based, dairy-alternative company. The company was co-founded by Chef Ian Martin and Aaron Bullock and began operating in 2018. In that short time, it has established itself as the “Best Dairy-Free Cheese in the Market.”

Through his firm Marcy Venture Partners, JAY-Z brought money to the table to support Misha’s Kind Foods.  JAY-Z, along with NBA star Chris Paul and other investors, participated in a $3 million seed round for Misha’s Kind Foods this month.

BLACK ENTERPRISE caught up with Ian and Aaron, founders of Misha Kind Foods to to learn more about their business and what next steps they are planning since they are having exponential growth. 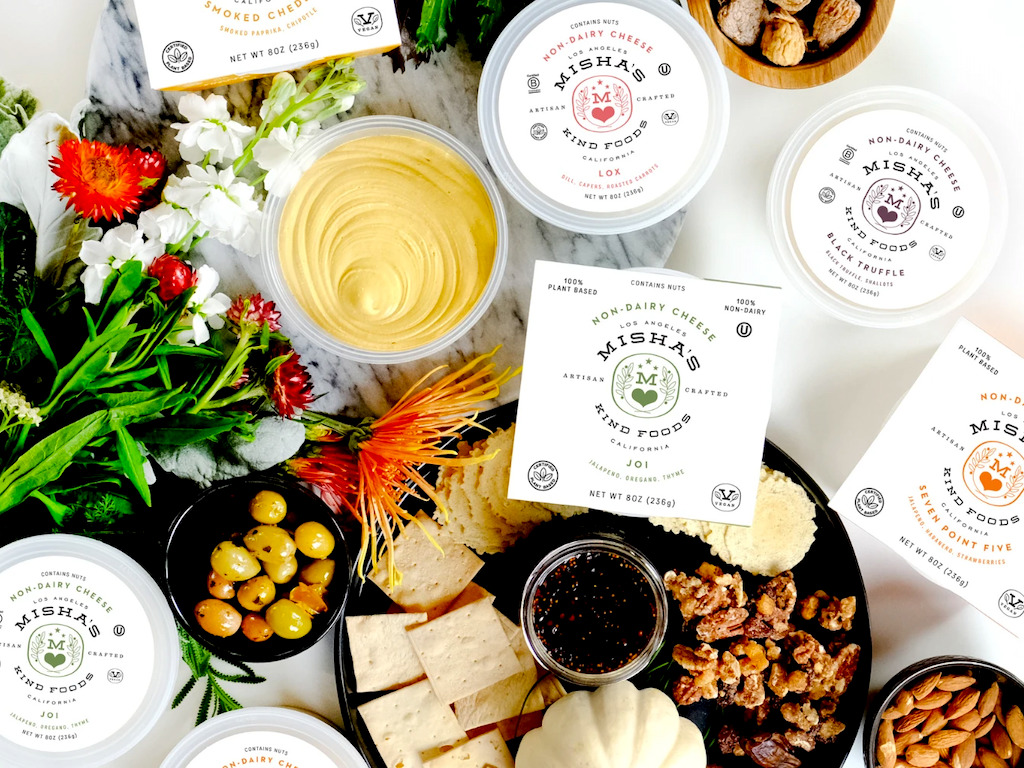 What prompted you to start Misha’s Kind Foods?

Aaron: Ian and I have been friends for over 15 years, a friendship that started from our careers in the music industry.  I started out in the business side of music promotions working in A&R for Motown, film & TV production before becoming a licensed Traditional Naturopath where I really started to hone in on my interest and obsession with living a healthy lifestyle. Ian is an accomplished bass player and has performed alongside artists like Barbara Streisand, Naughty by Nature, Barry Manilow, Patti Austin and more before he decided to train as a raw vegan living foods chef alongside Matthew Kenney. Ian spent about six years perfecting his version of a vegan cheese. One day, as a hesitant non-vegan but supportive friend, I tried it out and was amazed at how much it tasted just like dairy cheese. I truly couldn’t tell the difference. At that point, we both knew Ian had created something special. We also both share a desire to make healthy foods accessible to all communities, and I wanted to support my friend because I so firmly believed in what he created, so we decided to partner together to officially launch Misha’s in 2015.

How did you come up with the name?

Ian: Misha’s Kind Foods is actually named after my son, Misha.  The “Kind Foods” aspect comes from our mission to create cheese that is kind to the body, the earth and your wallet.

What flavors do you offer?

What did people say when you said you wanted to start your business?

Ian: People gave me nothing but support and encouragement.  The need for healthier options in the black community was paramount. We are often dairy- intolerant and are the lead in too many diseases that can be prevented by simple dietary changes. However my partner’s experience was strikingly different.

Aaron: When I told people who knew me I was going into the vegan cheese business they thought I had taken a fall and lost my marbles — I am not vegan myself, although I do have an affinity for all kinds of food.  I had to explain to them that I do have a deep appreciation for healthier foods and my diet is already, basically, clean.  I recognize that there is an opportunity to create healthy foods that taste good to  replace some of the food that we might love but doesn’t love us back quite as much.

How have sales been?

Sales have been amazing. They have grown month over month and it continues to grow.  We are very thankful to say the demand is healthy; and I believe the decision to focus on a  broader audience and not just focus on niche consumers, is one of the best decisions we ever made.

Do you think more Black people will catch on to the plant-based lifestyle?

Yes, in the United States, approximately three fourths of African-Americans have the potential for symptoms of lactose intolerance because of lactose digestion. Also, many people including the Black community are understanding that there is great nutritional value to going plant based and the products actually taste delicious.  Our cheeses aren’t just for vegans, but for the culinary curious, early adopters, plant-based fanatics and the health-conscious. We serve a large community of dairy-free people around the world who love and miss cheese. They include vegans, people who are lactose intolerant, people who cannot have dairy for religious reasons, and people who simply don’t want to consume dairy but still love it.  It’s important to understand that the plant based cheese industry is no longer just for “vegans” but for a wide variety of people.

How did you become plant-based?

Ian: I had a birthday with a 0 at the end of it! Lol. Seriously I heard someone say:  ‘We are fully alive yet 90% of our diet is dead food. What would happen if we ate 90% living food?’ That resonated with me. After that comment, I became raw vegan for two years. While I’m no longer raw vegan, I am still fully vegan.

What advice do you have to offer other entrepreneurs?

Focus on the important things first.  Make sure that you have a product for which there is a market. Make sure that your product is ready to go into that market. Make sure that you are consistent and continually improving the product you are bringing to the public. Focus on giving your consumers the very best product and experience possible. Remember that your consumers are people. Everything else will come as it’s supposed to. Oh, and if you need a lot of sleep, if you hate conflict, if you are adverse to suffering go find something else and don’t do this.

What can we expect next?

We are super excited to continue to grow our company. We are planning a national expansion. We are very excited about a dessert bite we developed, and we can’t wait until you get a taste of our milk so stay tuned!

This Holiday, Invest In Your Well-Being With This Learning Bundle