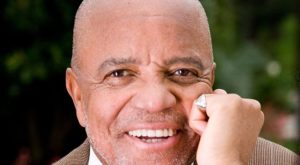 Several artists from Motown Records have been given the coveted title of a Kennedy Center Honoree over the years. Now, the person who was actually responsible for starting and running the legendary label is being honored!

Motown Records founder Berry Gordy has been one of five honorees selected for this year’s Kennedy Center Honors.

Meet these artists & stay tuned for their #KCHonors celebration this December on @CBS & @paramountplus ▶ https://t.co/omAfV68lkU pic.twitter.com/6MuLr9aiEn

“The Kennedy Center Honors celebrates luminaries whose art and creativity have enriched us beyond measure,” said Kennedy Center Chairman David M. Rubenstein in a written statement. “With his distinguished, deeply resonant voice and storied operatic career, Justino Díaz, stood on the stages of the world’s great opera houses and today stands as one of the greatest bass-baritones of our time; visionary music producer and songwriter Berry Gordy brought the quintessential soulfulness of Detroit into every home in America, elevating the Motown sound to become a national treasure; Lorne Michaels created the most enduring ‘must-see television’ with Saturday Night Live, a show that is both mirror and muse for life in America; an artistic tour de force and America’s Divine Miss M, Bette Midler has enjoyed an unrivaled and prolific career, entertaining millions with her wondrous voice and trademark comedic wit; and songstress Joni Mitchell, blends raw, deeply personal lyrics with her stunningly ethereal voice in 19 albums, becoming one of the most influential singer-songwriters and cultural figures in 20th-century popular music.”

From @Motown founder, songwriter, producer & director #BerryGordy: “The Honors epitomizes the recognition and value of both the Arts, and the Artist. I am thrilled to become a part of this prestigious American legacy.” #KCHonors ? pic.twitter.com/1nnGD3dWTF

Gordy spoke exclusively to The Detroit Free Press about being honored.

“My first reaction was joy, then disbelief, and then: ‘Did I hear that right? It was so exciting to me overall. I had all these emotions at one time, and I realized how much it meant to me.”

He also stated this honor recognizes the unsung heroes of Motown.

“By honoring me, I feel it also recognizes the unsung heroes of Motown,” he said. “They worked and laughed and cried and died to make my dream and the Motown legacy a reality. So I can never forget them — ever, ever, ever.”

Michael B. Jordan Teases The Possibility of Killmonger Returning in "Black Panther" Sequel