Before she founded a luxury handbag brand named after herself, this Togo native was bullied for her name when she moved to the United States at six years old.

Now, people all over the world are pronouncing her name while rocking her stylish handbags.

Hogoè Kpessou, 22, launched her brand last October to wash away the negative association she felt toward her name. Now, it represents luxury.

“I have people asking me how to say my name properly and asking how to spell it,” she told Insider. “That was a good choice on my part.”

Kpessou launched her brand known for backpacks emblazoned with bumblebees with $10,000 from her mom. She expects to hit seven figures by the beginning of next year. 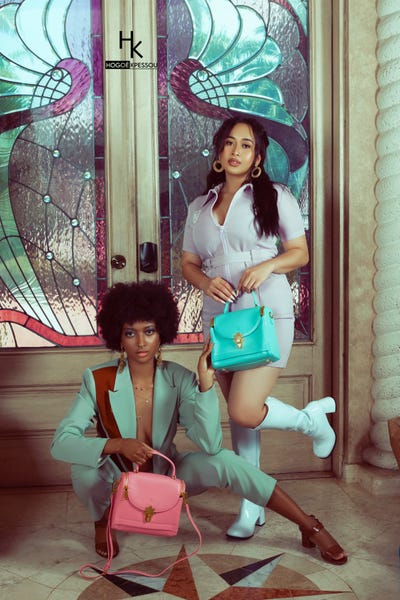 This year, Kpessou released a collection of bags adorned with fireflies and expanded the color selection of her bumblebee backpacks. She plans to enter wholesale, create apparel, and catch the eye of Beyoncé, whose nickname is “Queen Bee,” the Insider reported.

“That would just be perfect,” Kpessou said about getting the singer’s attention.

Before she launched her brand, Kpessou sold candles and poetry books online. At the same time, she worked as a sales representative at the insurance company Florida Blue. On the weekends, she worked at a local restaurant and delivered food for Uber Eats.

Now that her company is launched, she finds separating her brand’s identity from her personal one a challenge. She’s also working to establish boundaries between herself as a person and as a founder.

“I’ve always been a yes-ma’am, no-sir type of person,” she said. “But I can’t rely on people who don’t necessarily know the challenges of starting something from the ground up telling me how to proceed.”

Her advice to other business owners is to “keep the vision of what you want your business to be at the forefront.”

She says now is the best time to start a business. According to Insider, the number of Black-owned businesses launched since July 2020 is on the rise, all while self-employment continues to increase and consumers continue to spend money at companies they support.

Kpessou currently runs the company alone and is seeking to hire at least five more people in the next two months to help with customer service and packaging.

In the meantime, the business owner is managing burnout by writing and seeing her therapist often. She also taught herself Korean and plans to get back into exercising.

“I need to find out how to make the gym my comfort zone again.”

WarioWare: Get It Together Review – Only As Strong As Its Weakest Link