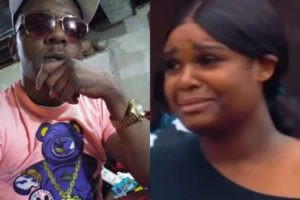 The uncle of Darnella Frazier, the teen who recently received a Pulitzer Prize for bravely recording George Floyd’s murder, was killed Tuesday night after he got caught in the middle of a Minneapolis police chase, NBC News reports.

Frazier’s uncle, 40-year-old Leneal Lamont Frazier, reportedly had nothing to do with the police chase. The officer involved was chasing down a driver of a carjacked vehicle involved in multiple robberies when the officer’s car collided with Frazier’s car.

The officer was taken to the hospital where he was treated for serious but non-life-threatening injuries, while the driver he collided with died shortly after arriving at the hospital, Fox News reports.

“Another black man lost his life in the hands of the police! I asked my mom several times ‘he died??’ I couldn’t accept what I was hearing and still can’t,” Frazier continued. “Minneapolis police has cost my whole family a big loss…today has been a day full of heartbreak and sadness.”

The officer involved with the crash has since been released from the hospital while the Frazier family has been left heartbroken over their loss.

“It’s not fair how the police can just go around killing people,” Darnella added before questioning why police were even conducting a high-speed car chase on a residential road.

She recalled her last time with her uncle where they enjoyed time at the beach together.

“If I would’ve known that would be my last time seeing you, I would’ve hugged you so much longer, told you I love you way harder….I love you so much…. please pray for my family,” she wrote.

Just three weeks ago, the Pulitzer Prize Board awarded a 2021 Pulitzer Prize Special Citation to Darnella Frazier—who exhibited the courage to record a video of George Floyd’s murder on her cellphone.