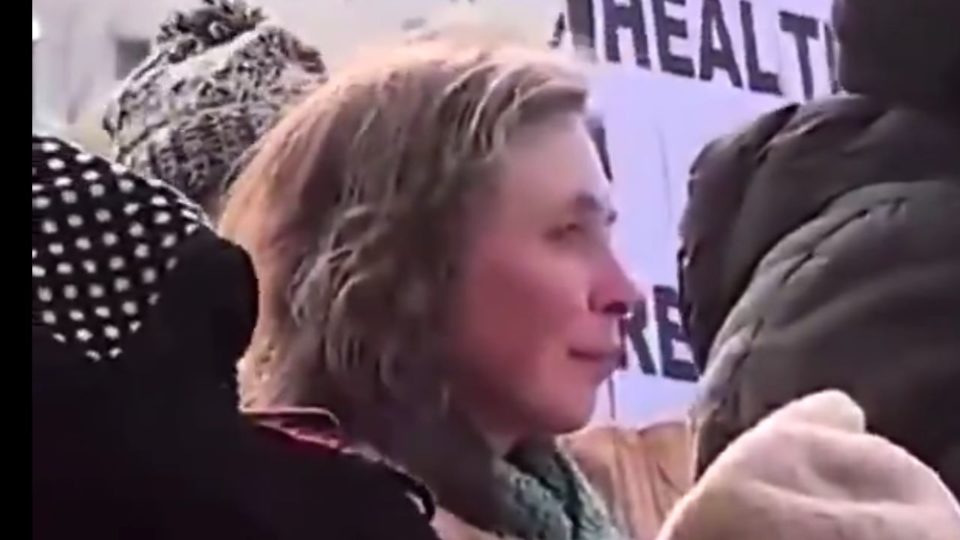 A white woman was charged with a hate crime for spitting on a Black woman during a protest in Connecticut.

Although the incident was caught on tape, the white woman was allowed to enter a special probation program earlier this week on Wednesday that could possibly leave her with no criminal record.

In contrast a 19-year-old Black teen in Utah is facing hate crime charges after vandalizing a ‘Back The Blue’ sign in front of a police officer.

According to The Associated Press, the white woman, 45-year-old Yuliya Gilshteyn, has been granted accelerated rehabilitation, a special probation program for first-time offenders. She was also ordered to complete 100 hours of anti-hate curriculum over the next two years.

The Hartford Courant had reported that, If she completes this program, the charges she faced, including a felony hate crime of intimidation due to bias, will be dismissed. She was also charged with a hate crimes charge of deprivation of rights, third-degree attempt to commit assault, first-degree reckless endangerment, and risk of injury to a child.

Gilshteyn was seen on a recorded video yelling out “all lives matter” and also spitting on activist and Power Up Manchester founder Keren Prescott during competing protests on the Capitol grounds before the riot that took place on Jan. 6.

Gilshteyn had apologized to Prescott during her hearing on Wednesday morning. She told Prescott that her actions against her were “completely out of character,” but that didn’t stop Prescott and about two dozen racial justice activists from being angry about the light sentence given Gilshteyn.

“What is she going to learn walking away from this unscathed? What the judge did today was egregious and dangerous and it sets the tone for the next time.”

We’re Overdue For A Great Masters Of The Universe Game