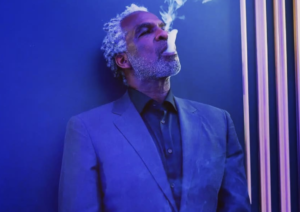 A former New York Knicks player recounted when he gave the smoke to rap industry bully Suge Knight on FOX SOUL’s Choppin’ It Up With Oakley with his co-host chef Sasha Del Valle.

On November 26, former Chicago Bulls player Scottie Pippen chopped it with Oakley, his good friend, in an interview. The two men and Del Valle talked about their time in the NBA. As the end of the episode approached, Pippen recounted when Oakley had given Suge the business. Although the details of the altercation weren’t divulged, Pippen spoke about Oakley and him seeing Suge at a nightclub after the “little altercation, with somebody real big that everyone is afraid of, in Miami.”

Pippen continued telling the tale, “I look up. I’m seeing all these people. Probably 3,4 feet from me. They gettin’ pushed around, knocked around. Me and Oak standing there, you know, we both of stature so we could see everything. People could see us.”

He detailed how Suge pushed through a sea of people as he and his posse entered the set– only to lock eyes with Oakley.

“Oak turn around and look, and he’s like, ‘Man, that’s Suge Knight. He don’t want none of this here smoke. I just had beef with him the other night,” Pippen continued, proving Oakley’s point that the music exec didn’t want the business with him.

“It was like a storm going on over there. Wasn’t nobody moving where we were standing, and I’m like, ‘Wow.’ And it was basically Suge Knight walked around Oakley like that,” he said, mapping out the movements with his index finger on the table. “That’s what I saw.”

Oakley added, “Sometimes, you don’t gotta repeat nothin’ when somebody tell you the truth. It is what it is.”

Suge was known for being one of the biggest bullies in the music industry, the 6’2, 250-pound man. He assaulted Vanilla Ice, Jodeci’s Devante Swing, Sam Sneed and others. However, he was allegedly no match for Oakley.

Oakley had a reputation as one of the toughest, no-nonsense ballplayers during his 19-year career. The former Knickerbocker had fights with former NBA players Alonzo Mourning, Charles Barkley, Paul Mokeski and others. The baller retired in 2004.

The Saga Of The Thanksgiving 'Wrong Text' Is Coming To Netflix