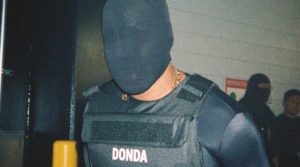 Kanye West‘s latest project, which was initially announced about a year ago, may become the most anticipated album in music history at the rate that it is going.

The public has been given another release date, the third, which is anticipated for August 13. In the meantime, before officially releasing the album “Donda” named after his deceased mother, Kanye is already breaking records.

Billboard has reported that Kanye’s second listening party for the album, which was previewed at Atlanta’s Mercedes-Benz Stadium on August 5, has broken a record by amassing more than 5.4 million views to become the most-watched livestream in Apple Music history.

This breaks the record that he set on July 23 when the numbers came in at more than 3.3 million viewers at his first listening at Atlanta’s Mercedes-Benz Stadium on July 23. For reference, the previous record-holder took place last year for the “Verzuz” battle between Atlanta’s Jeezy and Gucci Mane which received 1.8 million views.

And, in another incredible feat, Kanye has reportedly made about $7 million off merchandise sold from the second event. To put it in perspective, those sales were all at the stadium.

According to reports, that total surpasses Kanye’s “nemesis” Taylor Swift’s total merchandise sum, which was the previous record of under $7 million per show for her Reputation Stadium Tour back in 2018.

BLACK ENTERPRISE previously reported that West reportedly had his team set up a studio, a general living area, and even chef services to cook for him at the stadium where he had continued to record and finish the upcoming album.

The listening party drew an estimated 40,000 fans to the stadium and West was so enthused by his supporters that he apparently decided that he would stay at the stadium and place that residual energy into his work on the album, his 10th studio LP.