An interracial couple is making headlines for their unique wedding photo shooting and it’s not because the pictures stand out for their beauty or ambiance of where the photos were taken.

In fact, the internet is having a field day slamming an engaged couple for the absurd idea to dress the Black man as a slave and his white fiancé as a plantation damsel in distress/slave owner who seemingly has saved the big ole’ negro from a life of bondage. 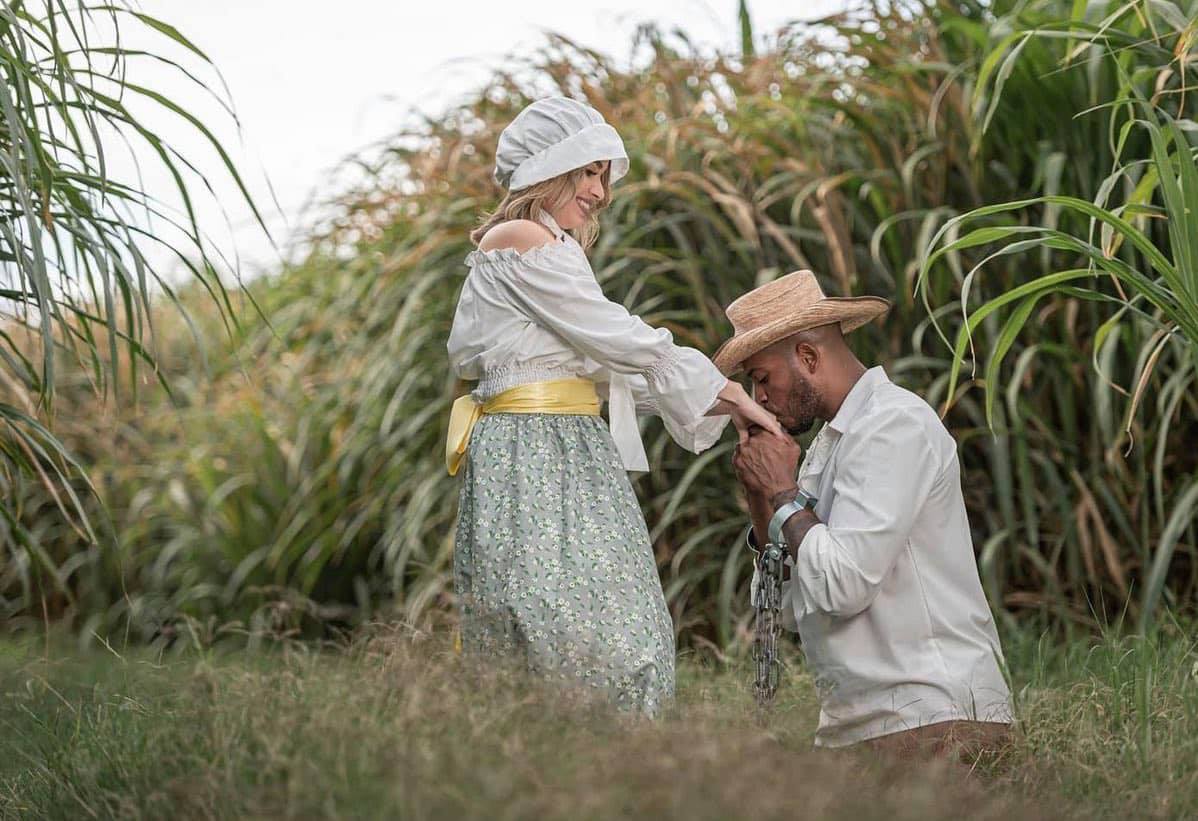 And the man’s got chains and tattered clothes on to spice up the mood acting in the pictures!

Well, Black Twitter had time and the memes say it all. Everyone has been stunned and taking a collective sigh trying to figure out who in the antebellum thought it was a good idea to take a slavery photoshoot, ripe with a Black man and white woman dead in the middle of a sugar cane plantation playing light on a dark, horrific part of history for the ancestors of many African Americans.

The photoshoot even had a senseless storyline: “1842. Days passed and everything changed, our love got stronger and stronger, he was no longer a slave, he was part of the family,” the caption reads.

Comedian KevOnStage, dared to try to come to grips with the “why” of why anyone would think this was a good idea by any stretch.

One TikTok user @cdntheplayers went viral for posting a reaction video and looks just as dumbfounded as the rest of us.

“There is just…so much to unpack here,” one said on Twitter user

“There were three people there, counting the photographer, and not one thought, ‘should we [not do this]’?” questioned @RandiKinman. “And over 1400 people hit the like button? And it’s part 2, like there’s more? I so want to be at the wedding when the minister asks if anybody objects.”

The memes took flight all night.

“He was no longer a slave, he was part of the family” pic.twitter.com/BgGwgIBbl2

Whew. I have to log off. Who told that interracial couple that a slavery themed engagement shoot would be a good idea?? pic.twitter.com/LkNWpOxvhf

A SLAVERY THEMED WEDDING SHOOT?! His whole family has to disown him for this shit, Jesus Christ https://t.co/LPhlkMmlt7 pic.twitter.com/XSavEbDl2e